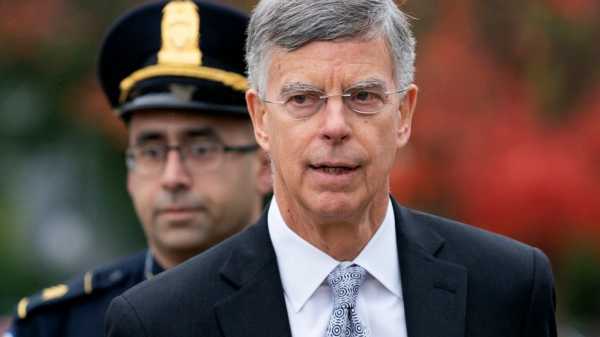 House Democrats on Wednesday released the transcript of closed-door testimony by Bill Taylor, the career diplomat who told his colleague it would be “crazy” to withhold U.S. military assistance to Ukraine to help Trump’s political campaign.

Taylor, the top U.S. diplomat in Ukraine, is considered a crucial witness in the Democratic-led impeachment inquiry. A longtime foreign service officer, Taylor is widely seen as an apolitical figure who sounded the alarms on what he called “irregular efforts” by Trump’s lawyer, Rudy Giuliani, to inject domestic politics into U.S. diplomacy abroad.

In his testimony, Taylor told Congress that he was told “everything” from the U.S. — including a White House meeting with Trump and nearly $400 million in much-needed military aid to fight the Russians – was contingent upon Ukraine’s willingness to launch the investigation Trump wanted.

“That was my clear understanding, security assistance money would not come until the President (of Ukraine) committed to pursue the investigation,” he told lawmakers.

Taylor said he objected to such an arrangement because it directly “undercut” U.S. foreign policy, which called on supporting Ukraine’s independence from Russia.

Taylor said he was so disturbed by the politically charged demand, he texted a colleague that such an idea was “crazy” and later wrote a rare, first-person cable to Secretary of State Mike Pompeo outlining his concerns.

“As I said on the phone, I think it’s crazy to withhold security assistance for help with a political campaign,” Taylor texted Gordon Sondland, the U.S. ambassador to the European Union. 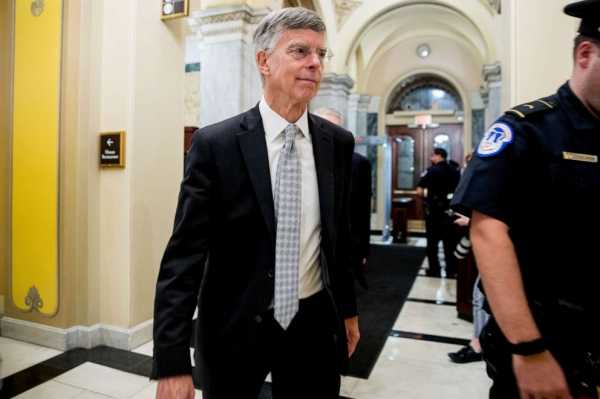 When facing lawmakers, Taylor said he stood by that assessment.

“I believed that then, and I still believe that,” he said.

Transcript excerpts can be read here:

After Taylor’s initial remarks were first reported last month, Sondland returned to Congress to revise his testimony. In that updated testimony, Sondland acknowledged that on Sept. 1 he personally told a top Ukrainian official that U.S. military aid was tied to its willingness to launch investigations that involved Democrat Joe Biden.

Trump, top White House aides and GOP lawmakers have denied there was any quid pro quo with Ukraine other than to address corruption. Republicans also note that Trump specifically told Sondland “no quid pro quo.”

Taylor testified though that he believed Giuliani’s “irregular” diplomatic channel was initiated to benefit the president, rather than tackle corruption.

A West Point graduate and Vietnam veteran, Taylor became a foreign service officer who was eventually appointed as ambassador to Ukraine in 2006 by Republican President George W. Bush.

Upon taking the job, Taylor said he was warned of the “snake pit” in Washington. He said he told Pompeo that he would only work as a top diplomat to Ukraine if U.S. policy remained to support their independence against Russia. Anything else would be a “nightmare” scenario akin to “throwing Ukraine under the bus,” he said.

By Aug. 29, Taylor said sent the private cable to Pompeo marked for “limited distribution” at the State Department saying “I am concerned about this problem.” Taylor said he was later told that Pompeo carried that cable with him to a meeting at the White House focused on security assistance for Ukraine. 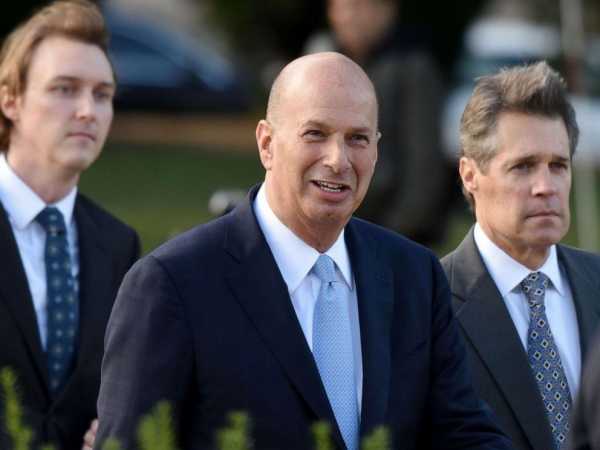 Ambassador Gordon Sondland, center, arrives at the U.S. Capitol, Oct. 17, 2019, in Washington, D.C., to tesify before Congress on the Ukraine scandal.

Taylor’s testimony is unique in that it outlines why much of the U.S. government, including State and Defense department rank-and-file, felt strongly that U.S. military aid to Ukraine was in America’s best interest.

Taylor warned that “Ukrainians would undoubtedly die without U.S. assistance” and that helping its military force fend off Russian aggression was in the best interest of the U.S.

“If Ukraine succeeds in breaking free of Russian influence, it is possible for Europe to be whole, free, democratic and at peace,” he told Congress. “In contrast, if Russia dominates Ukraine, Russia will again become an empire, oppressing its people and threatening its neighbors and the rest of the world.”

The Democrat leading the House impeachment inquiry, Rep. Adam Schiff, said earlier Wednesday that Taylor would be a witness at the first public impeachment probe hearing next week.