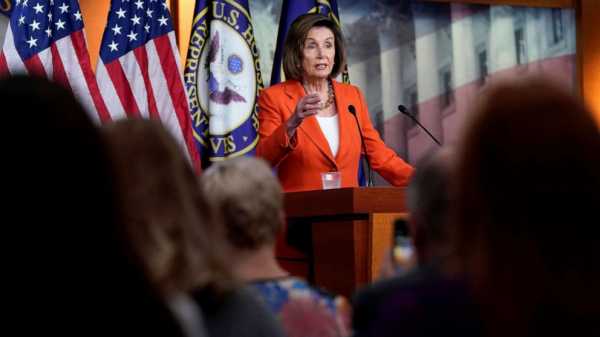 House Democrats have considered drafting as many as three articles of impeachment against President Donald Trump, as they prepare to take their Ukraine impeachment inquiry public next week after a month of closed-door depositions, according to multiple sources familiar with the deliberations.

No decisions have been made, and what happens will ultimately be shaped by the conclusions and findings of the ongoing impeachment inquiry. In the last two modern impeachment proceedings against Presidents Richard Nixon and Bill Clinton, the House Judiciary Committee sent three and four articles of impeachment, respectively, to the full chamber for consideration, including articles charging abuse of power, obstruction of justice, and contempt of Congress for defying congressional subpoenas. 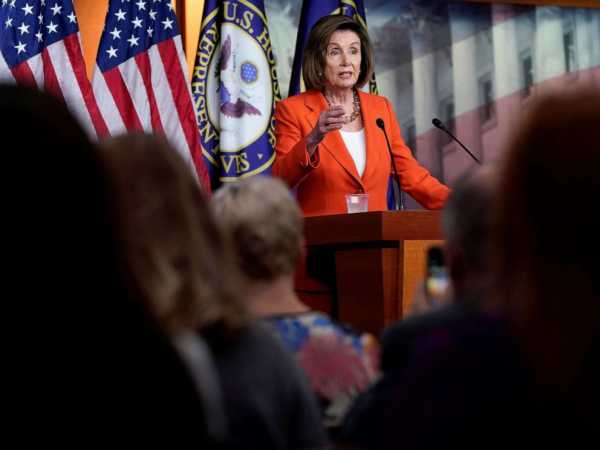 Speaker of the House Nancy Pelosi speaks during a media briefing ahead of a House vote authorizing an impeachment inquiry into President Trump on Capitol Hill in Washington, D.C., Oct. 31, 2019.

Democrats have floated the possibility of charging Trump with abuse of power for efforts to pressure the Ukrainian government to investigate former Vice President Joe Biden’s family and the 2016 election, as well as obstruction of Congress for the administration’s refusal to comply with subpoenas for records and witness testimony.

They have also weighed an obstruction of justice charge centered on the president’s efforts to obstruct former special counsel Robert Mueller’s investigation. Mueller’s findings in the second volume of his report, focused on obstruction, are repeatedly referenced in the report accompanying their resolution laying out the impeachment inquiry.

Some Democrats have suggested that the article charging Trump with obstruction of Congress could resemble the article drawn up on the same charge against President Nixon, and itemize all the subpoenas the administration has defied.

House Speaker Nancy Pelosi’s office declined to comment on the potential articles of impeachment at this stage in the process, and the speaker has not endorsed any number of articles or specifics suggested in the caucus.

The topic of the number of articles was raised by a lawmaker in one recent meeting Pelosi held with a group of Democrats focused on impeachment messaging, according to sources familiar with the discussion, though Pelosi did not appear to engage with the comment one way or another.

“The focus is on what’s in front of us right now: making the public case about the president’s abuse of power and his actions to undermine the 2020 election,” a senior Democratic leadership aide told ABC News. 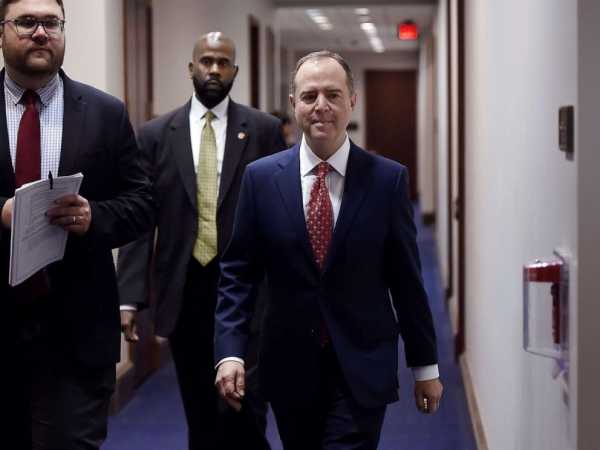 Representative Adam Schiff, walks in Capitol Hill after witnesses failed to show up for closed door testimony during the impeachment inquiry into President Donald Trump on Nov. 5, 2019, in Washington, D.C.

While some lawmakers also support charging Trump with violating the Emoluments Clause of the Constitution, though others have advocated for keeping the impeachment push narrowly focused on the Ukraine matter.

Although the bulk of the impeachment hearings will happen in the Intelligence Committee, the Judiciary Committee will draft the articles of impeachment. It’s not clear whether they will include accusations of criminal wrongdoing. 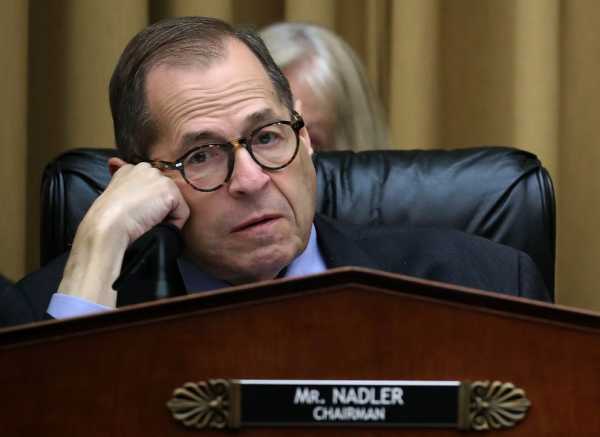 The Judiciary Committee is expected to move forward with the process after receiving a report from the House Intelligence, Oversight and Foreign Affairs Committees summarizing their inquiry in the coming weeks. Other panels, including the House Ways and Means and Financial Services Committees, could also share information with the Judiciary Committee from their ongoing investigations that could be used to craft the articles of impeachment.

Politically, putting forward multiple articles of impeachment could benefit some House Democrats – including the freshman lawmakers from moderate and GOP-leaning districts who have raised concerns about the administration’s obstruction of Congress, but who have yet to say conclusively whether they believe Trump’s actions towards Ukraine are impeachable.

It could also focus pressure on some Republicans in the House and Senate who have disapproved of the administration’s refusal to comply with some of House Democrats’ oversight efforts, but rejected concerns of whether Trump has abused his power as president.

in 1998, the GOP-led House Judiciary Committee approved four articles of impeachment against President Bill Clinton, though the House only passed the first and third articles – charging Clinton with providing false testimony to a grand jury in the Paula Jones case, and obstruction of justice related to evidence in the Jones case.

The second and fourth articles were defeated, with 28 Republicans voting with Democrats against a second perjury charge, and 81 siding with the minority against charging Clinton with abuse of power.

But King, who said he did not find Trump’s comments to Ukraine’s president impeachable and defended the White House’s ability to challenge congressional subpoenas, predicted that few Republicans would cross party lines in any vote to impeach Trump in the House.

“Most if not all Republicans will look at all the articles as being tied together,” he said.