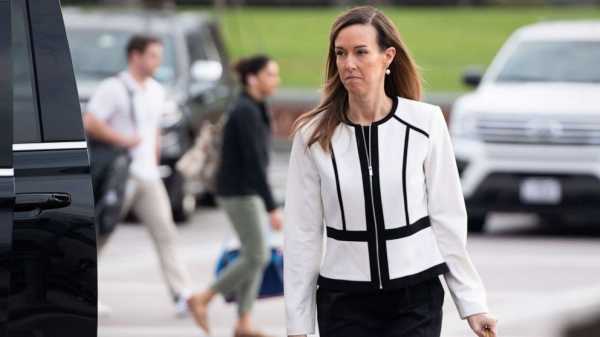 An adviser to Vice President Mike Pence who was on the call between President Donald Trump and Ukranian President Volodymyr Zelenskiy testified behind closed doors on Capitol Hill on Thursday as part of the Democrat-led impeachment inquiry.

“In light of an attempt by the White House to direct Jennifer Williams not to appear for her scheduled deposition, and efforts to limit any testimony that does occur, the House Intelligence Committee issued a subpoena to compel her testimony this morning. As required of her, Ms. Williams is complying with the subpoena and answering questions from both Democratic and Republican Members and staff,” the official told ABC News. 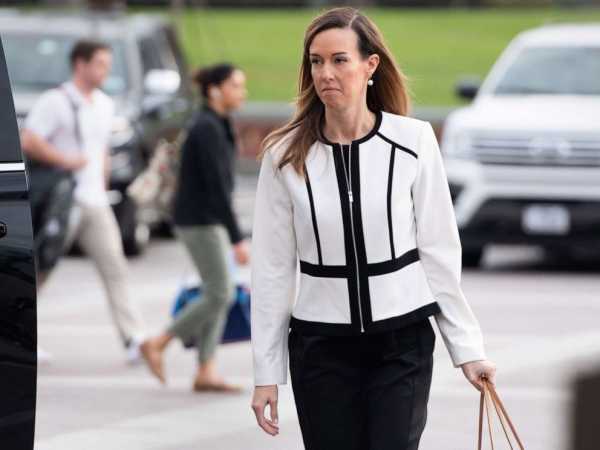 Jennifer Williams, an aide to Vice President Mike Pence, arrives for a deposition as part of the House Impeachment inquiries on Capitol Hill in Washington, D.C., Nov. 7, 2019.

Pence’s office said Williams does not directly work for the vice president but is on detail from the State Department and reports to Gen. Keith Kellogg, Pence’s national security adviser.

Williams’s lawyer told ABC on Wednesday that Williams would appear if required and that her testimony will reflect what’s already been made public.

“Jennifer is a longtime dedicated State Department employee. If required to appear, she will answer the Committees’ questions. We expect her testimony will largely reflect what is already in the public record,” attorney Justin Shur said.

Williams is the third official who was on the July 25 call to speak with congressional investigations as part of their impeachment probe.

In New Hampshire Thursday — where he’d gone to file state primary paperwork on behalf of President Trump — Pence was asked about the Williams deposition and whether during his reported calls and meetings with President Zelenskiy he had suggested or implored him to launch an investigation into former Vice President Joe BIden and his son and whether there was there any role he had in the discussions with Zelenskiy regarding corruption and aid.

Pence replied that “the American people have the transcript of the president’s call. And they can see there was no quid pro quo and the president did nothing wrong.”