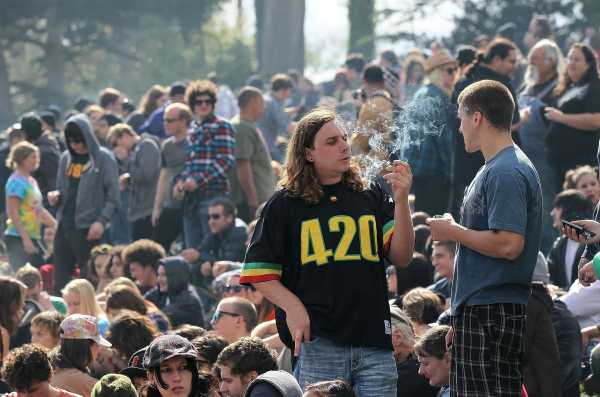 It’s 4/20, the day tens of thousands of Americans gather around the country to celebrate a drug that remains illegal in the US: marijuana.

April 20 (or 4/20) is cherished by pot smokers around the world as a reason to toke up with friends and massive crowds each year. Major rallies occur across the country, particularly in places like Colorado, California, and 15 other states where marijuana has been legalized.

But as support for marijuana legalization grows, the festivities are becoming more mainstream and commercialized. As a result, marijuana businesses are looking to leverage the holiday to find more ways to sell and market their products. This puts 4/20’s current iteration in sharp contrast to the holiday once embraced by a counterculture movement largely made up of hippies and others who decried greed, corporate influences, and all things mainstream. And that tells us a lot about how cannabis is changing in America as marijuana is legalized.

4/20 is, in short, a holiday celebrating marijuana.

Why April 20? There are a few possible explanations for why marijuana enthusiasts’ day of celebration landed on this day, but the real origin remains a bit of a mystery.

Steven Hager, a former editor of the marijuana-focused news outlet High Times, told the New York Times that the holiday came out of a ritual started by a group of high school students in the 1970s. As Hager explained, a group of Californian teenagers ritualistically smoked marijuana every day at 4:20 pm. The ritual spread, and soon 420 became code for smoking marijuana. Eventually 420 was converted into 4/20 for calendar purposes, and the day of celebration was born. (A group of Californians published documents giving this theory legitimacy, but it’s unclear if their claims are valid.)

One common belief is that 420 was the California police or penal code for marijuana, but there’s no evidence to support those claims. 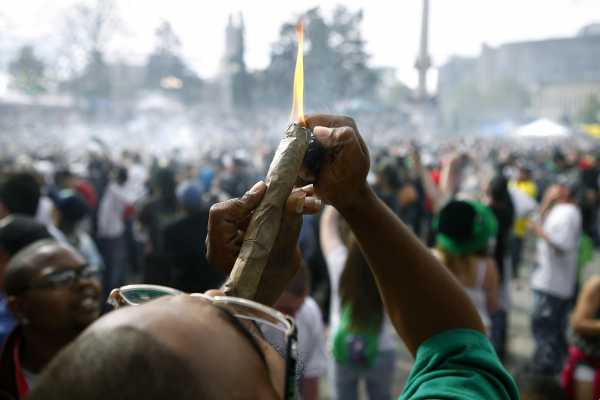 Another theory is that there are 420 active chemicals in marijuana, hence an obvious connection between the drug and the number. But that’s not quite true either, with nearly 500 such components in marijuana.

A lesser-known possibility comes from the 1939 short story “In the Walls of Eryx” by H.P. Lovecraft and Kenneth Sterling. The story describes “curious mirage-plants” that seemed fairly similar to marijuana and appeared to get the narrator high at, according to his watch, around 4:20. Since the story is from 1939, it’s perhaps the earliest written link between marijuana and 420.

Whatever its origins, 4/20 has become a massive holiday for cannabis aficionados.

What 4/20 stands for varies from person to person. Some people just want to get high and have fun. Others see the day as a moment to push for legalization, or celebrate legalization now that more states have adopted it and it has popular opinion behind it.

In the 1970s, 4/20 was part of a smaller counterculture movement that embraced marijuana as a symbol to protest against broader systemic problems in the US, like overseas wars and the power of corporations in America. “Marijuana was the way you said you weren’t a suit,” Keith Humphreys, a drug policy expert at Stanford University, previously told me. 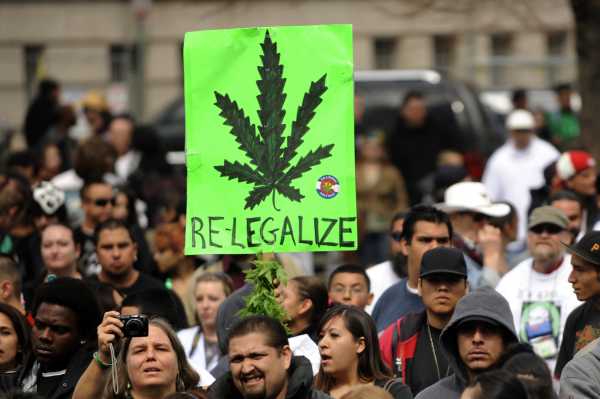 In recent years, marijuana legalization activists have tried to bring a more formal aspect to the celebration, framing it as a moment to push their political agenda. Organizers for the 2014 Denver rally — during the first year marijuana sales were legal in the state — put out a statement comparing the battle for legal marijuana to “the time when Jews fled from slavery in Egypt,” a moment commemorated in Passover celebrations. “This year’s rally represents the continuing fight for freedom from economic slavery for marginalized members of our community and a rebirth of creative genius that will get us there,” they wrote.

Businesses are also trying to take advantage of the holiday. Eddie Miller, then the CEO of Invest in Cannabis, which sought to bring investment into the marijuana industry, told me in the early years of state-level legalization that his company was trying to build and sponsor major 4/20 gatherings around the country — similar to what other companies, some of which Miller has been involved with, have done with holidays like St. Patrick’s Day.

“Our perspective is 4/20 is a real holiday — no smaller than St. Patrick’s Day or Halloween,” Miller previously told me. “It’s just nobody knows about it yet. And our company is going to let everyone know about it.”

4/20 is becoming a commercial event

Originally 4/20 was a counterculture holiday to protest, at least in part, the social and legal stigmas against marijuana. Marijuana legalization undercuts that purpose: As big businesses and corporations begin to grow, sell, and market pot, marijuana is losing its status as a counterculture symbol — and that, Humphreys speculated, could bring the end of the traditional, countercultural 4/20.

Companies such as Invest in Cannabis now admit they’re already leveraging the holiday as another opportunity to promote the industry and its products — much like beer and other alcohol companies now do with St. Patrick’s Day. 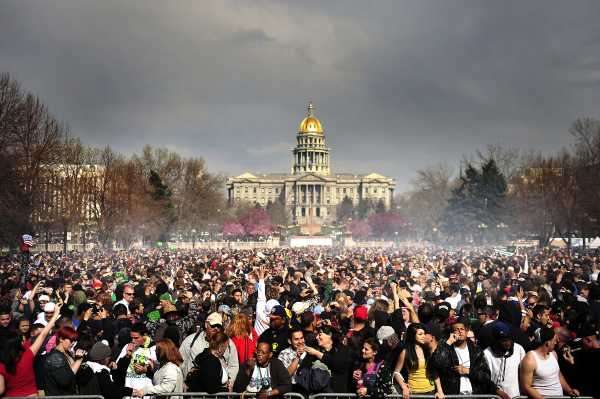 The pot industry has also gotten directly involved in 4/20 events. The Cannabis Cup, for example, has become a major event at a select city’s 4/20 rally, where hundreds of vendors show off their finest marijuana products to tens of thousands of attendees. The event has steadily grown over the years, featuring big concerts from notable musicians like Snoop Dogg, Soja, and 2 Chainz, as well as a wide collection of marijuana businesses as sponsors.

The Cannabis Cup is only one of many events, which also include comedy shows (like Cheech and Chong), marijuana-friendly speed dating, and trade shows for glass pipes and bongs, offering businesses and celebrities various opportunities to push their products and brands.

Some people don’t attend the public festivities at all, choosing instead to stay home and enjoy a joint (or more) with their friends. For them, 4/20 likely remains a more casual affair void of big sponsorships and marketing.

But in public, 4/20 is increasingly becoming a commercial holiday.

The shift in 4/20 from a counterculture holiday to a more corporate one shows how legalization is changing marijuana.

To many legalizers, this is a sign of their success. Legalization campaigns often adopt the tagline “regulate marijuana like alcohol.” That this is actually happening as the cannabis industry takes a form similar to the alcohol industry is a sign that legalizers are winning.

But to some drug policy experts and legalizers, this is a cause for alarm. The big concern is that a big marijuana industry will, like the tobacco and alcohol industries, irresponsibly market its drug to kids or users who already consume the drug excessively — with little care for public health and safety over the desire for profits.

To this end, many drug policy experts see alcohol as a warning, not something to be admired and followed for other drugs. For decades, big alcohol has successfully lobbied lawmakers to block tax increases and regulations on alcohol, all while marketing its product as fun and sexy in television programs, such as the Super Bowl, that are viewed by millions of Americans, including children. Meanwhile, alcohol is linked to 88,000 deaths each year in the US. 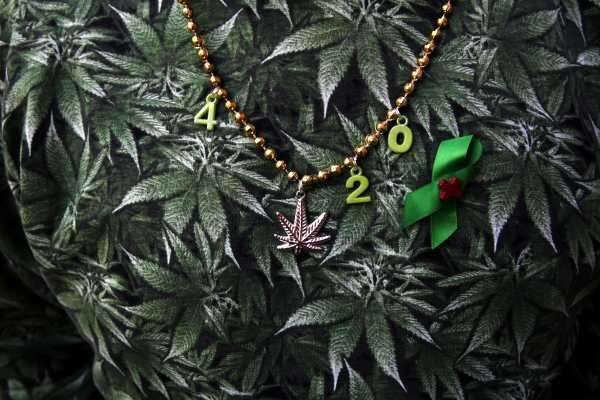 If marijuana companies are able to act like the tobacco and alcohol industries have in the past, there’s a good chance that they’ll convince more Americans to try or even regularly use marijuana, and some of the heaviest users may use more of the drug. And as these companies increase their profits, they’ll be able to influence lawmakers in a way that could stifle regulations or other policies that curtail cannabis misuse. All of that could prove bad for public health.

Now, the situation almost certainly will not be as bad as alcohol, since alcohol is simply more dangerous than marijuana. Pot’s risks, for one, tend to be nonfatal or at least much less fatal than alcohol: addiction and overuse, accidents, non-deadly overdoses that lead to mental anguish and anxiety, and, in rare cases, potentially psychotic episodes. Marijuana has never been definitively linked to any serious ailments — not deadly overdoses or lung disease. And it’s much less likely — around one-tenth so, based on data for fatal car crashes — to cause deadly accidents than alcohol.

Given this, the focus for drug policy experts tends to be the risk of addiction and overuse. As Jon Caulkins, a drug policy expert at Carnegie Mellon University, told me, “At some level, we know that spending more than half of your waking hours intoxicated for years and years on end is not increasing the likelihood that you’ll win a Pulitzer Prize or discover the cure for cancer.”

But these risks are still risks. Yet as the marijuana industry grows, it’s likely that the dangers will be issues that the industry just doesn’t care much about — and it will market its product excessively for as much profit as possible, even if it means more public health or safety problems along the way.

Today, 4/20 is an example of this shift in action — showing cannabis’s evolution from a counterculture symbol to just another commodity that big companies can make a lot of money from.

If you value Vox, we have an ask

To understand the news, you have to understand the systems that shape society. Our reporters and editors spend hours finding data, doing research, and talking to experts to clearly explain these systems, including historical context, problems, and potential solutions. Our aim is to give people clear information that empowers them to shape the world in which they live. Please consider making a contribution to Vox today, from as little as $3, to help us keep our work free for all. 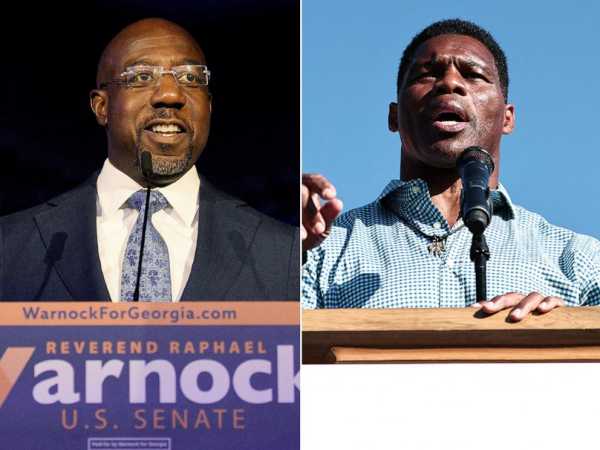 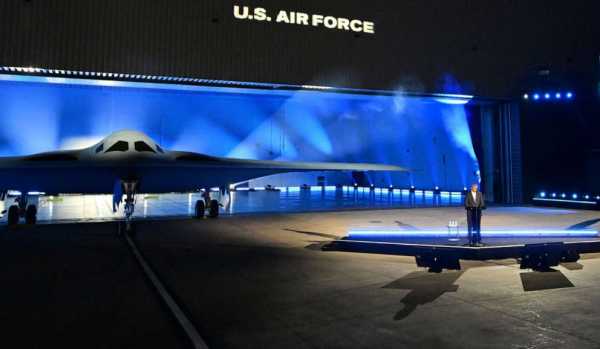 New B-21 stealth bomber is unveiled: What did we see? 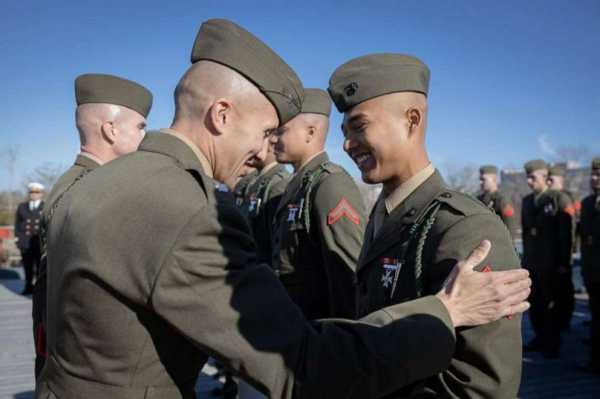