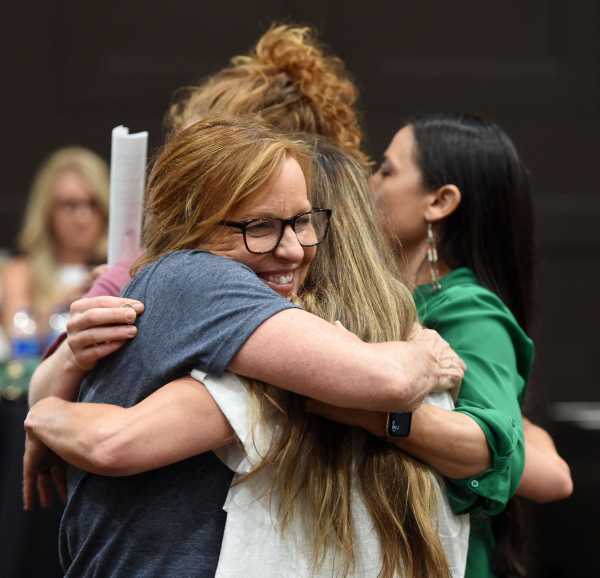 Voters in five states — Arizona, Kansas, Michigan, Missouri, and Washington — went to the polls Tuesday to select who will move on to a slew of competitive general election races and, in one case, tell us about the political ramifications of the Supreme Court’s June decision rolling back abortion rights.

Votes are still being tallied in key races, including Arizona’s GOP primaries for governor, Senate, and secretary of state, and Rep. Peter Meijer’s (R) primary in Michigan. Here are two winners and one loser based on what we know from Tuesday’s results so far.

Kansas was the first state to put abortion rights on the ballot, in a referendum, since this summer’s Supreme Court decision striking down Roe v. Wade. And abortion rights won big.

Kansans rejected an amendment to the state’s constitution that would have removed protections for the right to an abortion, voting to do so by double digits. The Kansas state Supreme Court had previously ruled that the state constitution protected the right to an abortion. This amendment, backed by conservative organizers, would have removed one crucial barrier to the Republican state legislature’s ability to enact more aggressive abortion bans than the 22-week one it currently has.

Tuesday’s outcome is a pretty big statement considering the obstacles abortion rights advocates faced: Confusing wording on the measure (voting “no” meant keeping protections in place), a state where Republicans vastly outnumber Democrats, and a slate of GOP primaries that Republicans hoped would juice their turnout relative to Democrats’.

This calculus, however, was mistaken. Turnout was massive across the political board, far exceeding the previous two primaries. In Johnson County, which contains suburbs of Kansas City, almost four times as many early votes had been cast this year, compared to the same primary in 2018, according to the Kansas City Star.

For now, abortion rights are preserved in a state that, as Vox’s Rachel Cohen reported, expects a huge influx of women from neighboring states seeking abortion care. And, for Democrats who saw blowback over the Supreme Court decision as a way to mobilize their voters, the first bellwether is a big win.

Winner: ERIC (Schmitt, that is)

After months of lobbying from Missouri’s GOP Senate candidates, Trump issued a trollish non-endorsement on the eve of the primary. In a statement on Monday, he said he was “proud to announce that ERIC has my Complete and Total Endorsement!” leaving candidates Eric Greitens, Missouri’s disgraced former governor, and Eric Schmitt, the state’s current attorney general, both empty-handed and happy to issue simultaneous tweets touting the “endorsement.”

Schmitt wound up beating both six-term Rep. Vicky Hartzler — who had the backing of Sen. Josh Hawley — and Greitens, by double digits. It’s a notable victory for Schmitt, who won without help from Trump, and who is the favorite going into the general election this fall given the state’s Republican tilt. The prospect of a scandal-plagued Greitens winning had many Republicans concerned — and Democrats hopeful for a pickup opportunity. Schmitt has clearly defined himself as a “Trump Republican,” and previously joined other GOP officials to back unsuccessful lawsuits challenging the 2020 election outcomes in other states. But he has a lot less baggage than Greitens, and his win will dampen the likelihood of a safe Republican seat becoming competitive.

Schmitt will face off against Democrat Trudy Busch Valentine, a nurse and scion of the famous Anheuser-Busch family, in the general election.

Redistricting pitted two Democratic incumbents in Michigan against one another in the 11th district, and incidentally also set up a direct contest between the two wings of the party.

Progressive Rep. Andy Levin lost that contest to his moderate colleague, Rep. Haley Stevens. The contentious race involved fights over support for Israel (Stevens was backed by AIPAC), appeals to Black voters, and drew in hundreds of thousands in outside contributions.

There were bright spots for progressives in Missouri and Michigan, where Reps. Cori Bush (D-MO) and Rashida Tlaib (D-MI) easily held off primary challengers.

Can election deniers win big in the midterms?