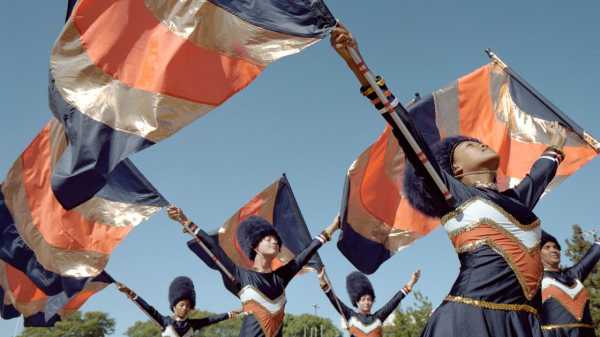 Last fall, when the photographer Alice Mann visited primary schools in Cape Town, South Africa, to photograph teams of drum majorettes, she was often met with astonishment. The “Drummies,” as they’re called, were accustomed to the instant review of camera phones and their carrousel of filters. But Mann’s regimen functioned on the rasp of film-advance levers and rewind cranks, the clicks of mechanical shutters and the ancient art of spooling film. “They couldn’t get over the fact that it only shot ten frames per roll,” Mann told me recently. “What a waste of time!”

The Drummies, though, were naturals before Mann’s camera. Ranging from five to eighteen years old, the majorettes are accustomed to moving their bodies with patience and discipline, harmonizing the nimble arts of flag-waving and baton-twirling with the military precision of moving in formation. The students acted as self-appointed assistants in the staging of scenes; at times, there would be fifteen girls watching over Mann’s shoulder as she replaced a roll of film. The playful complicity between the image-maker and her subjects is the first thing one notices in her series, “Drummies,” which is featured in the début print issue of Red Hook Labs and Nataal’s series “New African Photography.” It is most apparent in an image of Dernika Williams, the youngest of the group. Dressed in her uniform of radiant violet and turquoise fabric bordered by silver sequins, a turquoise busby with silver straps caressing her head, she lies on a bench staring into the lens with the mischief of a younger sibling who is about to pretend to fall asleep.

Mann, who grew up in Cape Town and now lives in London, told me that her work is guided by a sense of responsibility “not to reiterate the old stereotypes” about life on the African continent. Her glossy portrait series from 2016, for instance, portrayed traditional South African healers with the dignified air of Goya’s eighteenth-century portraits of the Spanish court. In “Drummies,” she retrofits the male-dominated genre of flashy sports photography to capture girls who are mostly from low-income families in the townships, participating in an uncommon sport. In both series, individual personalities boldly fill up the frame. One of my favorites from “Drummies” is of two girls sitting on the lower rungs of a littered stairway. Their raspberry, sequined uniforms and red-purple busbies contrast against the dark green, scratched-up walls. Their white, almost-knee-high boots look at risk of being scuffed by the dirty surroundings. Yet the photo is lit up by the girls’ stoic expressions. 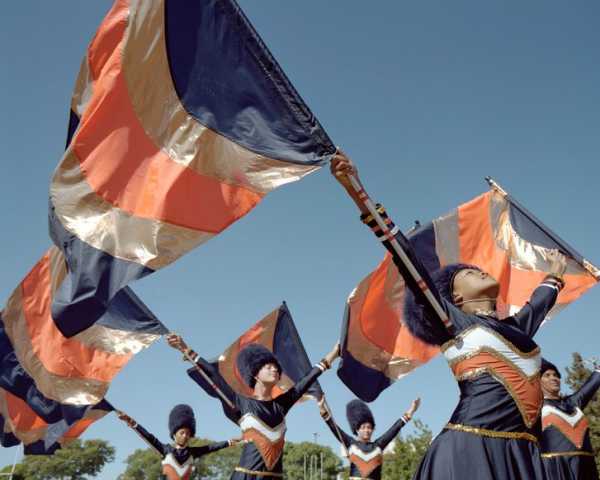 Being a part of the Drummies can be a form of investment toward upward mobility. Staying after school to participate in the program, Mann told me, is one of the ways that the young girls create distance between themselves and “weapons and drugs” that a sign on one school wall warns are not allowed on the premises. Regional excellence promises future scholarships and tuition subsidies at the high-school level and beyond—or, at the very least, a chance to go on national tours. But, the sport is expensive, and few parents can easily afford it. Some have taken out loans, a coach told Mann; one mother sold her car. Looking at the images again with that in mind, one can see the aspiration that buttresses every pose and practiced smile. The girls’ neon uniforms stand out against drab backgrounds of worn-down grass, concrete, or, in one photo, a hint of barbed wire visible on top of the wall that encloses the school. But the photos, Mann said, show the Drummies “how they want to show themselves—uniformed, painted, done up.” They are a talisman for the subjects themselves, subsequent Drummies to come, and the hope of their larger community. 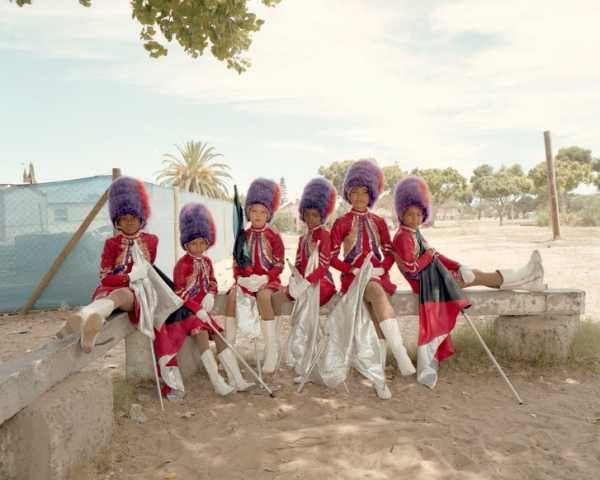 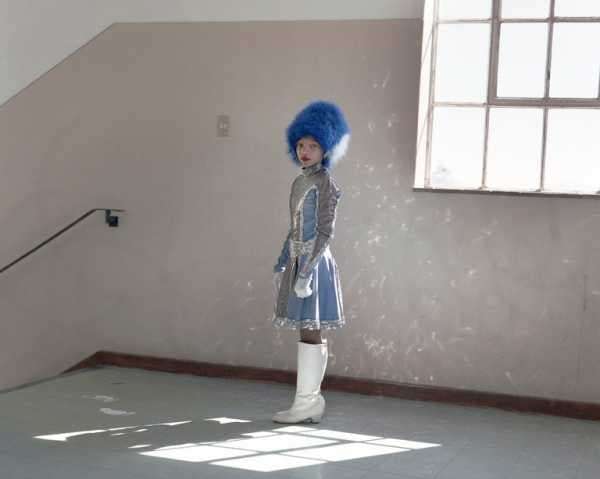 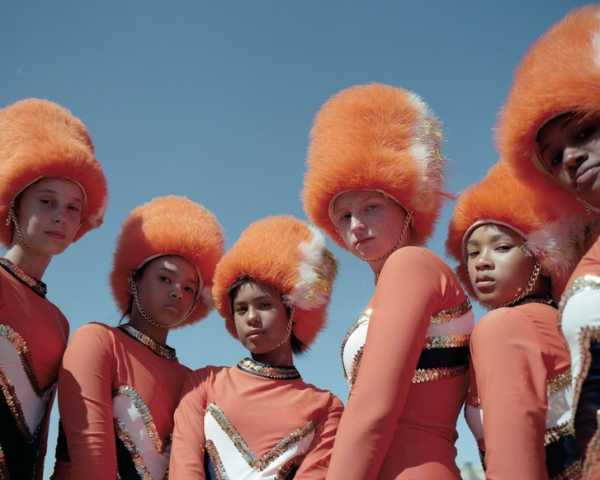 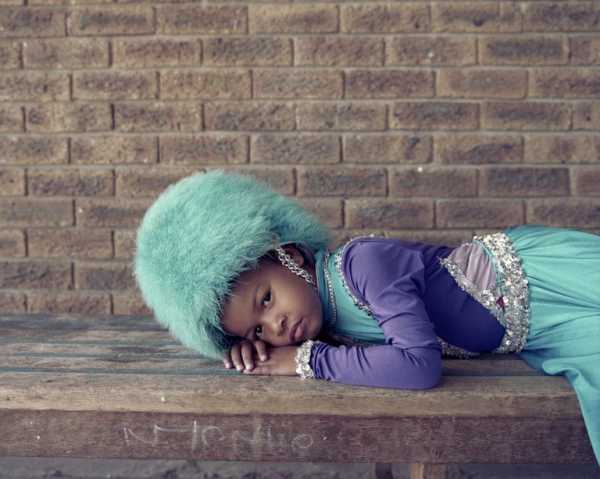 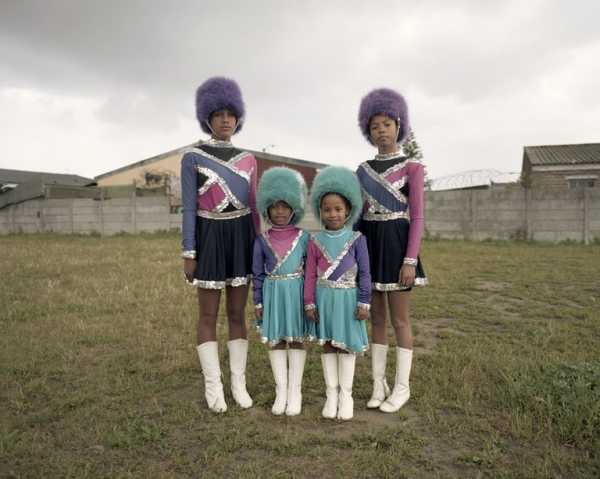 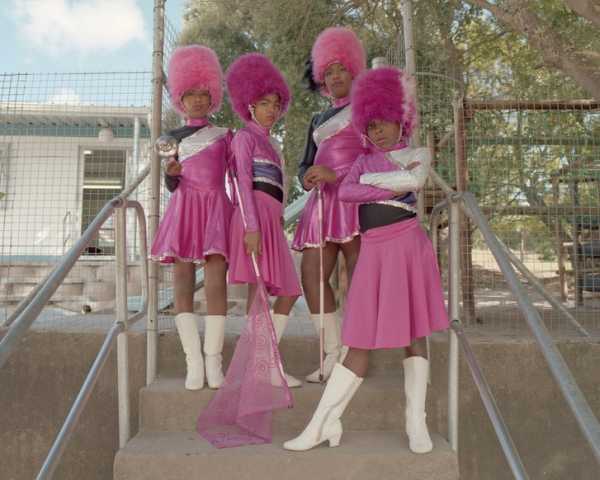 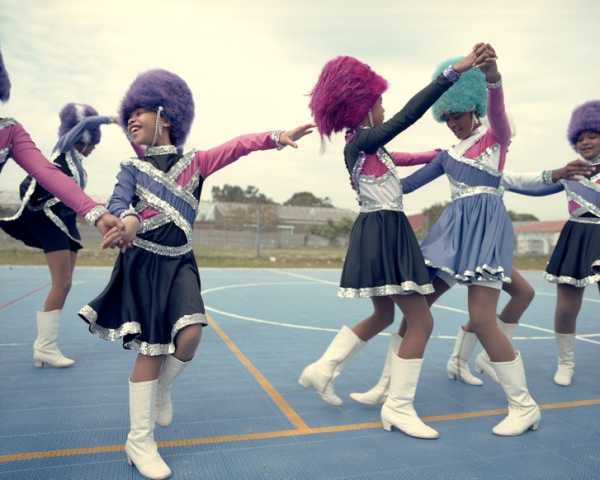 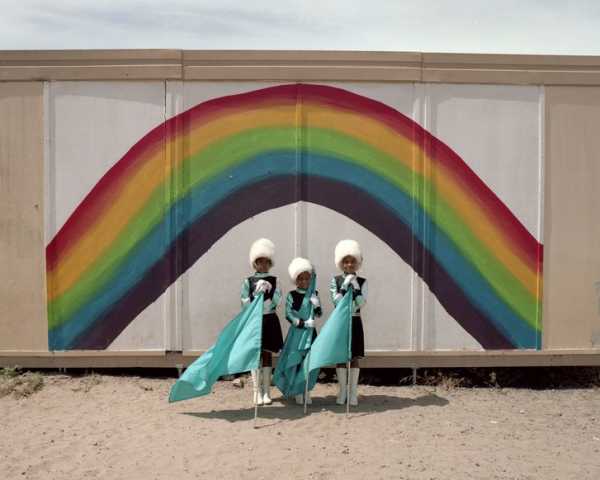 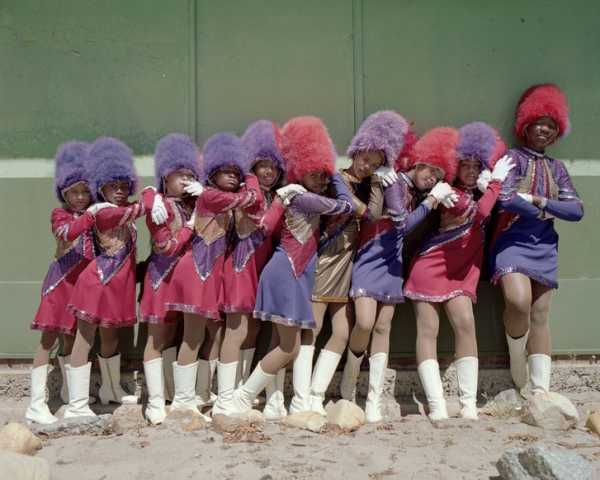 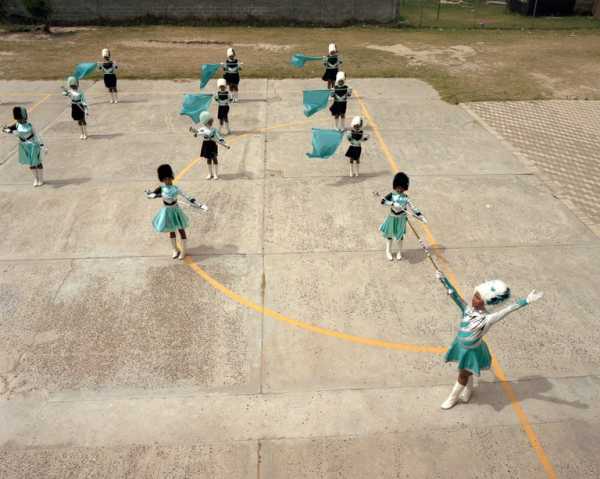 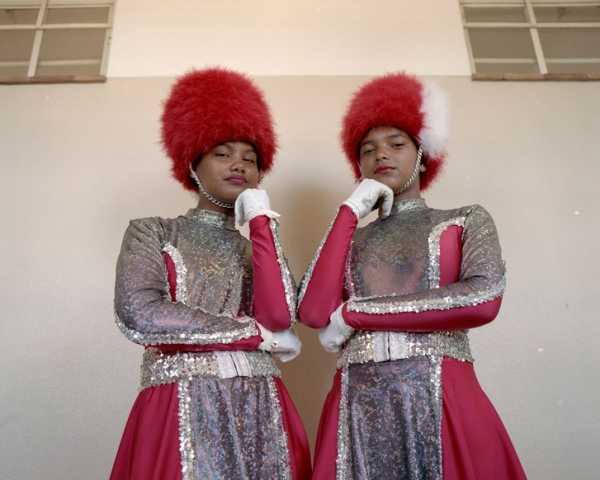 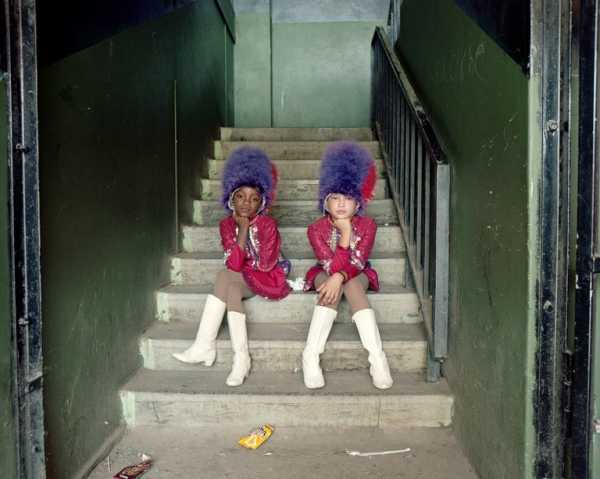 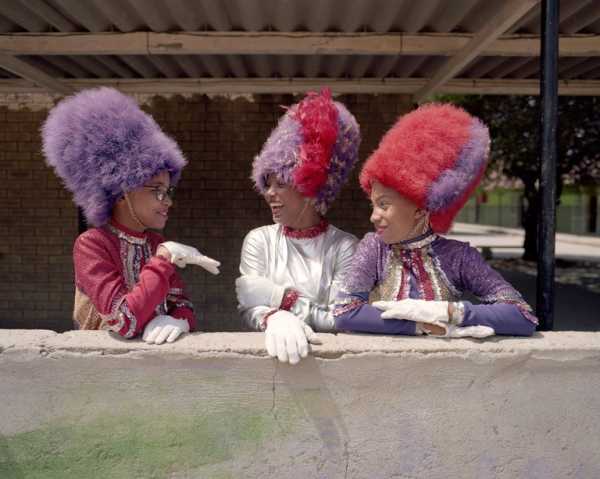 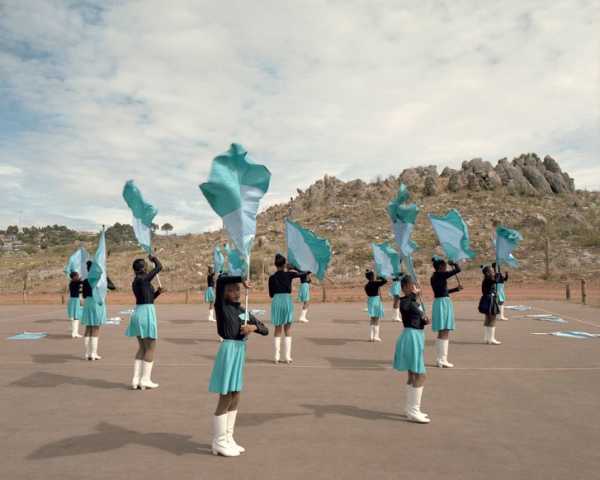 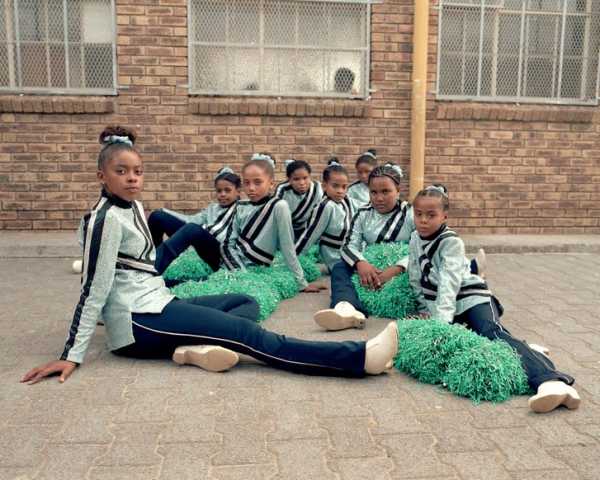