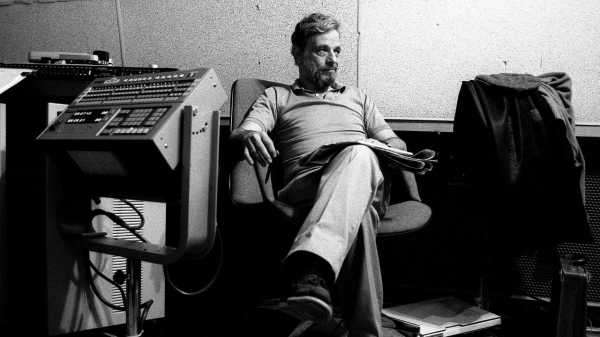 In early March of 1971, Stephen Sondheim, then forty years old, strode into the lounge area of Boston’s Colonial Theatre carrying a stack of fresh manuscript pages for a brand new song. His new musical, “Follies”—about a gaggle of berouged, aging vaudevillians who reunite for one night at the decrepit theatre they once shimmied in—was about halfway through its out-of-town tryout, and the second act was not quite congealing. The actress Yvonne De Carlo, who was then pushing fifty, played the role of Carlotta Campion, a former showgirl who had a brief, blazing Hollywood career followed by a decade or so of disappointments and dead ends. De Carlo was a biggish name in her own right, having had her own marquee period in the movies—she was a go-to “temptress” in the nineteen-forties and fifties, starring in “Salome, Where She Danced,” “Song of Scheherazade,” and “The Ten Commandments,” in which she played Moses’ slinky wife Sephora. But she was also a semi-has-been, in that she had downshifted from voluptuous-vamp movie roles to television cheese, playing the macabre matriarch on CBS’s “The Munsters.” She was the perfect fit for Carlotta, a small side character in “Follies” whose main function is to serve as a beacon of showbiz longevity. What she did not have was the perfect song.

When the Boston run began, De Carlo’s signature number in the second act was a joke, literally. Carlotta sang “Can That Boy Foxtrot!,” a long, mostly inane song about a fellow-dancer’s sexual stamina (cut the “trot” off the end of the title, say it again, and you get the gag). The punch line was funny once, maybe twice, but there was certainly not enough zazz to sustain audience interest for the song’s nearly seven-minute durations. “The number was just sort of a filler,” Sondheim said, in a later interview. “It didn’t really relate to the emotions or the story of the evening. . . . We knew we could improve it.” The show’s book writer, James Goldman, suggested that “it should be a song of surviving, you know, ‘I’m still here.’ ” All Sondheim needed to hear was those three words. He thanked Goldman and disappeared for “several days,” according to his then assistant Ted Chapin. When he reëmerged, he had written one of the all-time great musical-theatre numbers for a broad.

A Tragic History – The American Conservative