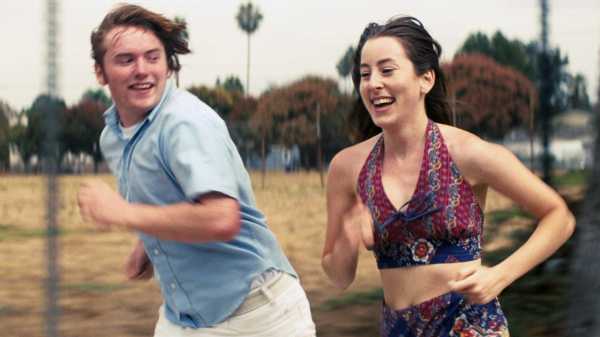 The best example of Chekhov’s gun I’ve seen in a while is in Paul Thomas Anderson’s new film, “Licorice Pizza.” The movie, set in the filmmaker’s native San Fernando Valley, in the early nineteen-seventies, is a partly autobiographical, pugnaciously romantic coming-of-age story for a teen-age actor and a hectic trip of self-discovery for a twentysomething dreamer. But, picking up on movie-business details that nudge the action along, Anderson displays a rare and gleeful narrative audacity: he turns the film into a full-blown version of “Once Upon a Time . . . in Hollywood,” albeit one that’s vastly superior to Quentin Tarantino’s, because, unlike Tarantino, Anderson doesn’t drink the Kool-Aid. He doesn’t defer to Hollywood’s self-serving and self-aggrandizing mythology but, rather, submits it to sharply detailed, dramatically exhilarating, satirically incisive examination.

The film starts as the story of a pickup by a young would-be hustler: the fifteen-year-old Gary Valentine (Cooper Hoffman), on his way to the high-school gym to get his yearbook picture taken, is instead taken with a young woman named Alana Kane (the musician Alana Haim), who’s working for the photographer—and who’s ten years older (maybe even a little more; she changes her story). He asks her out with bravado, and when she asks how he can afford it he brashly flaunts his scant credits as an actor, including minor roles in major movies and a couple of talk-show comedy-sketch appearances. Gary, despite his youth, is a mini man of the world, active, connected, ambitious; Alana, despite her age, is somewhat lost, living at home with her parents and two sisters (yes, played by the other two members of Haim and their real-life parents—and the family introduces an antic Jewish angle to the story).