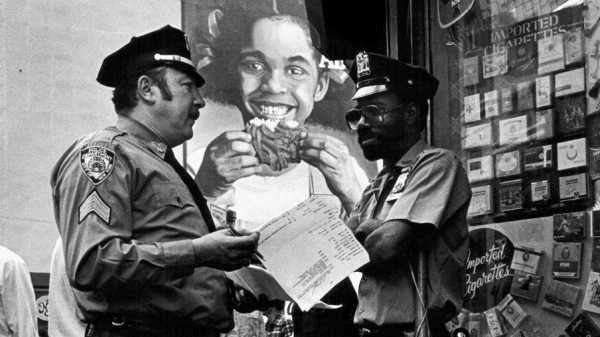 Inevitably, the spirit of Weegee haunts Jill Freedman’s photographs of New York street cops. Both worked in inky, matter-of-fact black and white. Both wanted to be at the scene of the crime while the blood was still wet. Both were unsentimental, tenacious, and tough. They didn’t look away, and they won’t let us ignore what they saw: New York at its rawest and scuzziest (the precinct walls are as ruined as tenement hallways). But Freedman, a rare woman in the field of photojournalism at the time (she died in 2019, at the age of seventy-nine), wasn’t interested in Weegee’s brand of hit-and-run tabloid photojournalism. Her pictures were made over a period of four years, from 1978 to 1981, during which she was virtually embedded with the police in two Manhattan precincts, Midtown South and the Ninth, headquartered at East Fifth Street, where the cops of “NYPD Blue” would be stationed more than a decade later. New York hit the skids financially in those years, and the city’s safety net, already badly frayed, gave out. 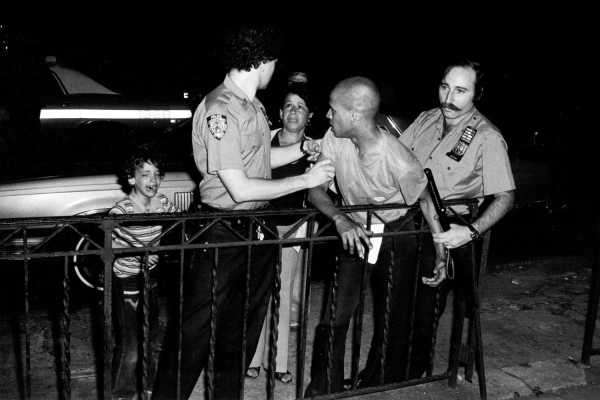 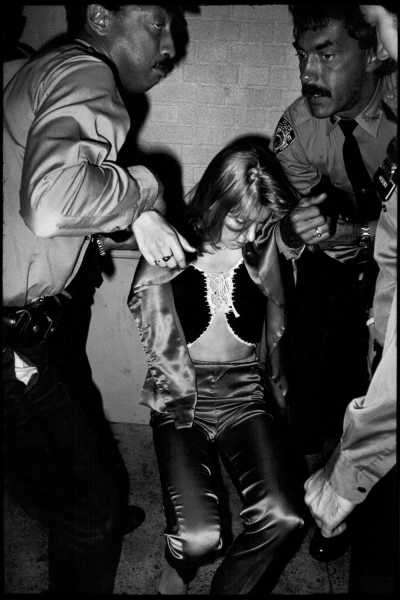 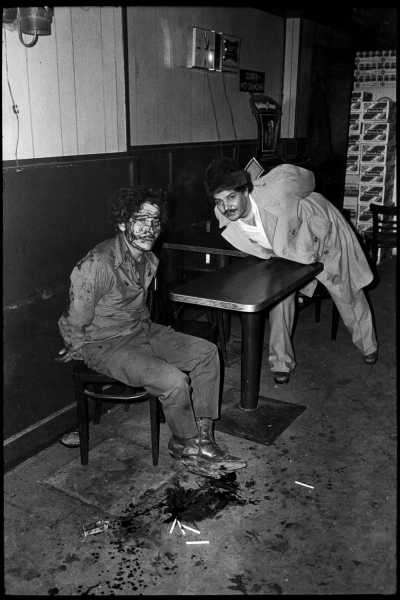 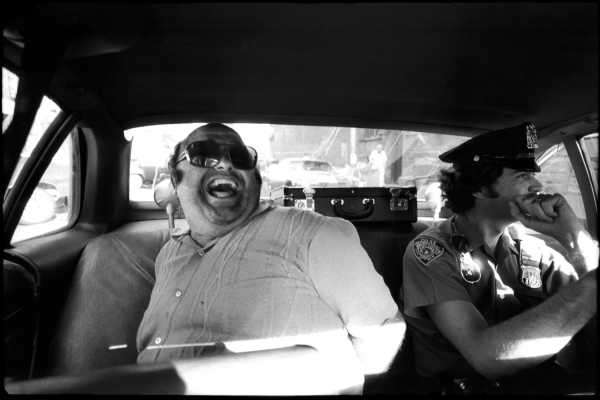 “Sometimes you wonder about yourself. What makes you go out looking?” Freedman wrote in a book of her “Street Cops” work. “What makes you go riding around Harlem or the South Bronx in the middle of the night?” If Freedman was channelling a cop in this text, she was also questioning her own impulses—but not her results, which are as immediate and fascinating as behind-the-lines war reportage. David Lynch could have staged some of the crime scenes that Freedman visited, but most of the images are less than sensational. Best friends, cousins, and spouses have beaten each other bloody for no good reason. A backdrop of witnesses is drawn by the spectacle but bored by its familiarity. Freedman’s book, originally printed in 1981 and recently reissued, includes brief texts that alternate the cops’ voices with her own. It’s not always clear who’s talking, but Freedman was as witty a writer as she was a photojournalist. “They see it all; I saw enough,” she wrote in a blog post promoting the collection’s initial release.