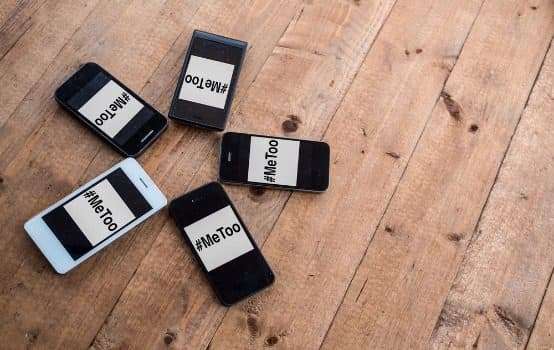 From Hollywood stars in black frocks protesting sexual harassment to high profile campaigns against the gender pay gap, from women’s marches against Donald Trump to YouTube videos of street catcalling, feminism has rarely had a higher profile. Today, everyone is expected to declare their feminist credentials and those who don’t, such as “Big Bang Theory” star Kaley Cuoco, are chastised until they confess to their mistakes.

In the UK, 2018 marks the centenary of women’s suffrage, while women in the United States had to wait two more years for the right to vote. Rightly, books, films, documentaries, and an array of merchandise are being brought out to mark this huge leap forward for women’s rights. But as with every national commemoration, history has been revised to suit a more modern narrative. The working class men granted the vote for the first time are not remembered and neither are the young women without property who were still denied suffrage. Instead, we hear that those now battling sexism are valiantly fighting a centuries-old battle and although the problems women face may have changed, feminism is as badly needed as ever.

This month, British Vogue profiled feminist activists as “the new suffragettes.” Such a comparison flatters today’s campaigners. Nowadays, women’s lives are, thankfully, free of many of the restrictions imposed upon them a century ago. Then, not only could women not vote, they couldn’t open bank accounts, initiate divorce proceedings, control their own fertility, work in many professions, or even study for a degree at most universities. Today, women outperform men in education and then go on to dominate many professions. They have freedom and sexual equality unimaginable to their grandmothers. Then, women fighting for the vote routinely risked imprisonment, violence, social ostracism, and forced separation from their children. Today’s feminists are more likely to be found on primetime television debate shows presenting award ceremonies or on social media declaring #MeToo.

It’s easy to mock comparisons between those who bravely fought for women’s rights in the past and today’s keyboard warriors. But significantly, the #MeToo movement does point to some historical continuities in feminism. Nowadays, just as in the past, feminism positions women as not just different but morally superior to men, less driven by animal appetites, and, as such, able to enforce a civilizing etiquette on the unrulier elements of the male species.

#MeToo began in October of last year as numerous rape and sexual assault accusations against Harvey Weinstein began to surface. But as more women have taken to social media to share their experiences of sexual harassment, #MeToo has morphed into something different. Men from all walks of life stand accused; their alleged crimes encompass rape, knee touching, unwanted kisses, and inappropriate text messages. The widely reported story of “Grace” who described her date with comedian Aziz Ansari as the worst night of her life brought some of the problems with the direction of #MeToo to a head.

Grace was neither raped nor sexually assaulted by Ansari; she just didn’t want to have sex with him. But instead of simply walking away, Grace chose to chastise Ansari later for his bad behavior and failure to pick up on her “non-verbal clues.” While some, such as Caitlin Flanagan writing at The Atlantic, were quick to condemn Grace’s “3,000 words of revenge porn,” high-profile feminists such as Jessica Valenti argued Grace’s story was important because “part of what women are saying right now is that what the culture considers ‘normal’ sexual encounters are not working for us, and oftentimes harmful.” All this has put the #MeToo movement in danger of rehabilitating ancient tropes that depict men as lustful creatures driven by sexual appetite and uncontrollable urges and women as passive and restrained. Today’s dominant view is that women enjoy sex but only after permission has been formally sought and granted. Men are ruled by instinct and passion while women exercise restraint and control.

#MeToo has been dominated by the voices of white, wealthy, privileged women. It reflects the concerns of women working in the media, politics, and the film industry. Almost two centuries ago, the African-American abolitionist and women’s rights activist Sojourner Truth asked where there was room, in the emergence of campaigns for black civil rights on the one hand and women’s rights on the other, for the problems experienced by black women. “Ain’t I a woman?” she famously demanded to know. But despite Truth’s efforts, the early campaign for women’s rights became primarily identified with a small and socially elite group of white women.

On both sides of the Atlantic, the first feminist movements were torn between a view that men and women deserved equality before the law because they were essentially similar and a belief that men and women were fundamentally different creatures. The suffragist Elizabeth Cady Stanton originally claimed that men and women shared one, equal, human nature, but in 1854 she strategically argued that women were morally superior to men. “Women’s moral power ought to speak,” she said, “not only in the home but in the ballot box.” Giving women the vote, she claimed, would reform men through the regulation of saloons and gambling halls, “which lure our youth on to excessive indulgence and destruction.”

This perception of women’s moral superiority stemmed from the fight against slavery having been waged, in part, as a fight against patriarchy. Perhaps more significantly, the origins of many women’s rights groups lay in the temperance movement: women were at the forefront of calls for prohibition on the sale of alcohol. Likewise, in discussions of sexuality, men were deemed susceptible to animal appetites while women were able to withstand the sexual pressures placed upon them. Women, who were naturally caring and nurturing, were deserving of the vote, it was argued, because they could be a civilizing influence on society.

In her later years, Cady Stanton became more convinced of the existence of differences between the sexes and women’s innate moral superiority. She argued that problems such as war and violence were a result of the world having been governed by the “masculine element.” If the “feminine element” had “asserted itself from the beginning,” she suggested, “those governments of force and religions of damnation would have been modified long ago, mercy would have tempered justice and love banished superstition. Neither capital punishment and war nor the concept of hell could have emanated from the mother soul.”

This view of women as morally pure was challenged with second-wave feminism. Young women, already questioning the regulations and restrictions placed upon them, repudiated the double standard that held that only men could enjoy sex. When better access to contraception and changed moral values ushered in an era of sexual liberation, women celebrated their newfound freedom. Erica Jong proudly declared “the greatest feminists have also been the greatest lovers.’’ Pretenders singer Chrissie Hynde claimed: “In the name of women’s lib, women were becoming like men, and that was good news for me because I wanted what the boys had. In thinking we were in charge of our own sexuality, now we could say ‘yes’ instead of ‘no.’”

But the feminism that rejected curfews, chaperones, and social conventions, and instead celebrated women’s sexual agency was short lived. No sooner had the sexual revolution gotten going than feminists started to argue that sex was problematic. At the very moment sex stopped being about procreation, it began to be seen by some as a form of oppression and a means of patriarchal domination. Writing in 1969, Kate Millett described intercourse as “an assertion of mastery, one that announces his own higher caste and proves it upon a victim who is expected to surrender, serve and be satisfied.” Later, Andrea Dworkin described bluntly “the role of the fuck in controlling women.”

In a foreshadowing of today’s #MeToo debates, Catharine MacKinnon questioned the distinction between heterosexual sex and rape. She claimed that “in the context of a patriarchal society, women cannot give informed consent.” As Daphne Patai, author of Heterophobia, argues, this represents an astonishing recapitulation of “traditional, pre-feminist stereotypes about men and women, according to which women have been socialized into passivity and weakness.” The upshot, lost on many of today’s feminists, is that “Men have freedom and responsibility but women have none.” Not for the first time we see a coincidence between the aims of radical feminism and more socially conservative moralists.

The era of sexual liberation proved to be short-lived. Almost 50 years on from the dawn of second-wave feminism and it seems that chaperones, curfews, and prudish sermons preaching a morally approved way to have sex are all back. Only this time they do not originate with religious conservatives or old-fashioned relatives but with feminists wearing “I heart consent” badges. New life is being breathed back into old ideas of sexually chaste and vulnerable women having to ward off predatory men at a time when women, especially those in wealthy, Western countries, have greater financial and legal independence than ever before. Yet this independence brings with it not just new power but also, it seems, new fear. The young women consigning themselves to their rooms after dark have been put there not by tyrannical fathers but by their own anxieties.

Consent has become a focus for concern in a climate where not rape but Patai’s notion of “heterophobia” has become normalized. MacKinnon’s view—that sex is an exercise in power, a symbolic act of male domination that women have been conditioned to submit to as a result of having internalized society’s sexist and patriarchal norms—has moved from unorthodox to mainstream feminist thought. This narrative of oppression playing out through sex between domineering men and passive women is today reflected in the views of feminist journalists who decry the “cold sexual contempt” they see driving too many men. Donald Trump, with his throwaway remarks about “grabbing women by the pussy,” is portrayed as the embodiment of male entitlement to female bodies.

The assumption that all men are potential rapists is premised on disdain for women as much as men. Women are presented entirely passively; sex happens to them, it’s something they are forced to endure and cannot enjoy. The idea of women desiring, even actively pursuing, sexual encounters with men on their own terms is anathema to the heterophobes. The popularity of erotica such as Fifty Shades of Grey suggests that, to the disdain of feminists, for a significant number of women being sexually dominated is a fantasy, not an opportunity for political protest. That men and women not only have sex but enjoy it is a threat to feminists who see sex as confirming and reinforcing outdated gender roles. It challenges their disregard for biology and their belief that both gender and sexuality are merely social constructs.

When women, especially younger women today, are equal to men in every meaningful regard, feminism becomes reinvented as distinctly values-laden and moralistic. Its primary concern is to modify the behavior of men and women who fall foul of feminist-approved ways for people to interact, speak, and even, it seems, think. The fun and feistiness of yesteryear’s “girl power” has been replaced by an authoritarian exercise in policing language, attitudes, and behavior. Enforcing a feminist etiquette comes at the expense of our freedom and independence. Women should think very carefully before declaring #MeToo.

Joanna Williams is the author of Women vs Feminism: Why We All Need Liberating from the Gender Wars.