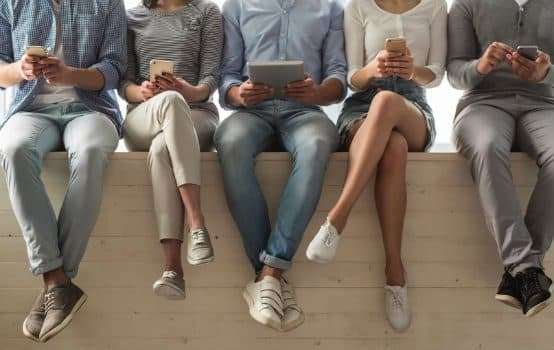 Have you ever typed something obviously absurd into your search engine just to see what comes up? Try it some time: punch in literally anything and you will find someone somewhere who believes it. I tried it myself. I typed in “tobacco cures lung cancer.” Sure enough, Google found me a quack in Indonesia who treats lung cancer patients by pumping their lungs full of tobacco smoke.

This is an amusing game until you type in something vile or frightening. I won’t suggest any ideas here, but you’ll just as easily find boosters for those ideas, and for all of their increasingly grotesque variations. The partisan sorting enabled by online media has been written about more than enough: people read only the sources they already agree with, search engine algorithms suggest “more like this,” and political divisions are reinforced and amplified. But modern technology has super-sized this problem and enlarged it from politics into our entire lives.

The early Internet, despite its mystique of “cyberspace” and “information superhighways,” simply didn’t have all that much to offer. It was hard and mostly boring for the average user to spend a day “on the Internet” in the 1990s (though it was probably a different story for tech nerds). The modern web, on the other hand—the sum total of restaurant-rating apps, general forums like Quora and Reddit and 4chan, social media outlets like Facebook, Twitter, Instagram, and Tumblr, video platforms like YouTube, innumerable blogs and specialized forums, web-driven conventions (“cons”) and meet-ups, crowd-funding platforms for millions of projects that take real money but never materialize—makes it increasingly easy for people not just to reinforce preconceived opinions but to construct their own hermetically sealed little worlds.

If you’re a foot fetishist, for example, you probably have a web forum and plenty of Tumblr pages, some of them locked or private, where you can slide ever deeper down that particular rabbit hole until the only people you interact with share your anatomical preference. If you are a conspiracy theorist—a moon landing denier, perhaps—you can go far beyond the old quarterly ink-jet newsletter printed out of a garage. It is now possible for moon landing deniers the world over to unite, and even attend conferences and events tailored to their theories. They may soon even compete with the Flat Earthers. Do you want to delve into the world of those who believe that rabbits enjoy an afterlife? Have at it. The Internet has thusly breathed vitality into a lot of discredited nonsense. Surely there are attitudes and obsessions far more noxious than foot fetishes and moon-landing denial, and they all have their forums, their conventions, and their specialized social media networks, too.

Browsing the web with all of this in mind, one can feel reality becoming unstable, as a bottomless pit of fantasy and dreck opens up: the hallucinations of every nut, the narcissisms of every mediocrity, the worthless opinions of every dim bulb spewing forth with Old Testament prophet intensity. Our little screens have become portals, or perhaps black holes, into which a sizable portion of the population seems to fall ever further.

This is bad enough when it concerns ostensible adults, but it has reached children as well, and at ever-younger ages. Without ever physically interacting with another live human in school or at home, children become enveloped in their own escalating cycles of dangerous nonsense. Just a few months ago, an 11-year-old boy hanged himself after his supposed girlfriend used social media accounts to fake her own death. Few if any of the news reports raised the obvious questions: what was an 11-year-old doing with a girlfriend, and what was he doing with unsupervised social media accounts? The proliferation of social media and smartphones is probably a main reason that teen suicide is now normal and familiar enough to be the subject of young-adult fiction. When a child with no apparent outward problems kills himself, the parents must slowly, horrifyingly realize that an entire parallel universe lurks behind those four little inches of gleaming glass.

Even infants and very young children are now being raised on the steady stream of low-budget, mass-produced entertainment that is “kids’ YouTube,” content that runs the gamut from bizarre and mildly unsettling to explicitly violent. Tech writer James Bridle wrote in his viral takedown of this mess: “Obvious parodies and even the shadier knock-offs interact with the legions of algorithmic content producers until it is completely impossible to know what is going on.” What effect this will have on the psychology—and the empathy, and the emotional resilience—of children is still unknown.

“Moral panic!” comes the refrain, thrown like an accusation at anyone who dares to ask whether we are moving a little too quickly into this brave new world. But screaming “moral panic!” does not bring the child victims of suicide back from the dead, nor does it heal their addled minds. Perhaps that is what we are trying to drown out: the inescapable conclusion that our inveterate tech-boosterism leaves us, though in a less-than-straightforward fashion, with blood on our hands.

It is possible to live entirely inside a world of which most of the population is entirely ignorant. With the advent of virtual reality, now in only its infant stages and sure to be refined and amplified by every other technology, real life—what the Internet gnostically calls “meatspace”—is increasingly optional.

This was perhaps the merit of the much-derided “bland conformity” of the 1950s: while it may have gone too far in policing behavior and even attitudes, it operated like a leash, keeping people close to the mainstream of society, and, perhaps more importantly, ensuring that a mainstream actually existed. When boomers fondly recall waiting all year for a Christmas special to air and talking about it at school the next day, the point is not Rudolph or Charlie Brown. The point is that there existed a general culture in which the majority of people were at least conversant, and that this in turn served as a form of conversation starting and social organizing.

The fracturing of the social and cultural consensus and the slicing up of the population into ever-smaller, ever-more-absurd “communities” is already a considerable problem for a large, diverse nation. The Internet dials it up to 11. In a world of often-crippling loneliness, we are moving full speed ahead towards producing 320 million societies of one.

And so that vaunted “information superhighway” has turned out to be less the virtual 10-lane expressway of the ’90s dreams, and more a trail of innumerable unpaved country roads, leading further away from each other and deeper and deeper into the dark, untamed wilderness. Though lavished with praise for its ability to bring people together, the Internet contains no brakes and no limits to stop or even slow the fragmentation and the descent. We are accustomed to speaking with wonder at how the “whole world is available at our fingertips.” It should fill us with foreboding as well.

Addison Del Mastro is assistant editor for The American Conservative. He tweets at @ad_mastro.