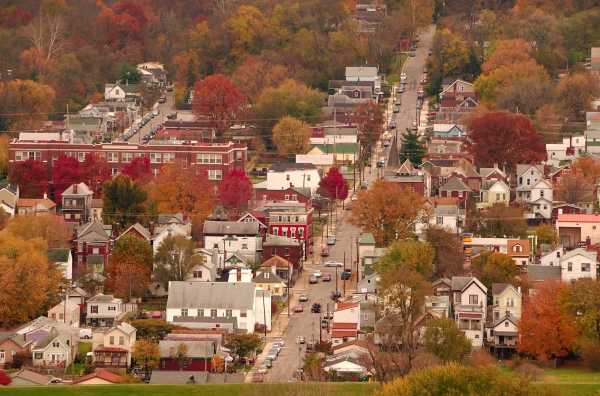 The number of houses sold fell for the seventh straight month in August. The Dow is looking shaky in the wake of another 0.75 percent interest-rate increase, with more still to come. The global economy, previously humming like the late summer bugs, is creaking to a stop as still as the air before a September thunderstorm.

Last weekend, the Wall Street Journal declared homeownership for all “a dying dream.” It may as well have said the American dream is dead, too, since that’s what it amounts to for so many. The price of buying a house in most areas is still far out of reach for a large swath of Americans, despite the recent price tumble. The costs of inflation are also pinching wallets and not helping the problem. As the single item most associated with success, a house is the cornerstone of the American dream. But when 61 percent of renters in the U.S. can’t afford to buy in their city, and the median house costs half the price of a retirement fund, it’s no wonder we’re also seeing an increase in mental illness, depression, and suicide. There’s a reason literature’s greatest protagonists (Dostoevsky’s Raskolnikov, for one) go off the rails while living in seedy rented rooms. This is where dreams go to die.

In the midst of all of this, my husband and I just bought our first home. We’ve been hoarding pennies like misers from both our jobs, but that wasn’t the real reason we were able to afford one. The real reason is that we chose to buy in an economically depressed market. Our new town has a handful of homes as old and historic as any you’d see in the posh downtowns of Old Town Alexandria, Virginia or Franklin, Tennessee, only they are miles away from any urban center and need more of the loving attention the latter have received. For less than the cost of a mobile home in Washington, D.C., we bought one of these homes, 122 years old and now ours.

Out in Toledo, Ohio, to pick up a piece of furniture from an estate sale, we witnessed a similar phenomenon. Walking up the front steps to the beautiful 1920s colonial brick home of the couple selling us the furniture, we couldn’t believe it had just sold for only $300,000. If it had been in Charleston, South Carolina, it would have cost at least $1 million. The 30-something homeowners were both self-employed. If a hairdresser and a landscaper can afford a home like that in Toledo, what is everyone else doing?

It’s like the old realtor’s line about “location, location, location,” but on steroids. With the rise of social media and online journalism, key housing markets have become trendy in a way they never could have before. A classified ad now has a national audience, and bougie neighborhoods a ream of TikTok viewers. People are moving to areas they have no connection to and no relatives near because they saw it online and thought it looked cool. I know a few. This has the effect of driving up prices in areas that otherwise would never have known such demand.

Meanwhile, cities like Tulsa, Oklohama are paying people to move in. With an average home value of $235,000, and a $10,000 incentive from the government to buy one, some towns still can’t find enough residents to fill their lots. Capitalizing on the pandemic, West Virginia now has a state program dedicated to bringing remote workers to the state, complete with $2,500 in mortgage assistance, $12,000 cash, and professional-development opportunities.

It’s no wonder Americans can’t afford houses: they’re all trying to live in the same five places. Such disproportionate demand has made it harder for the locals in those places to buy in their hometowns, while outsiders with money can come in and scoop up the most desirable lots. But it also has the more lasting effect of creating discontentment. For those who can’t buy a house and can’t pick up their remote job and move to Tulsa, there’s not much left to hope for. And for those who can move to Oklahoma on a dime, with no family and no connection to the town other than an incentive check from the government, are they not in the same position as the one who sweeps in from afar to buy up the nicest properties?

A storm is coming, and many Americans have no place to shelter. But this is not for a lack of affordable houses—just a lack of affordable houses in prime locations. It is true that builders cannot keep up with the demand in places like Colorado, Florida, Tennessee, and Northern Virginia, but in the Midwest and other rural regions across the country, in towns no one ever visits on vacation, countless homes stand for sale and empty—old, beautiful, and undesired by most. The towns they fill are thinly populated, and the old storefronts are mostly dark. What would happen if we started buying and living in these towns, dusting out the cobwebs and bringing in new life? One has to wonder what kind of people we would have to become to choose a quiet life over nightlife, and a county fair over a $75 brunch.