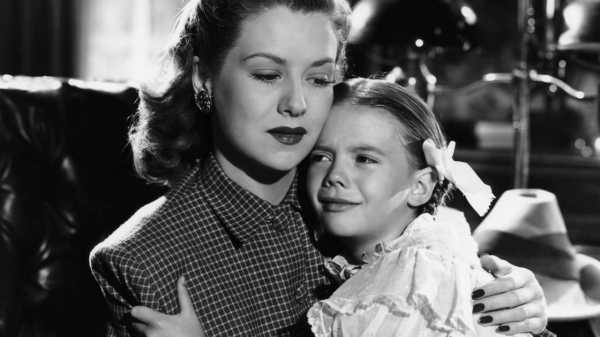 The New York repertory film scene today is more vigorous, and more
invigorating, than at any time in the decades that I’ve been following
it. Many of the earlier theatres are gone; they closed to a clamor of
nostalgic hand-wringing over the end of an era. But new venues have
arisen and new programmers have emerged, resulting not necessarily in
numerically more choices each day but in a wider range of films. For a
person trying to see everything worth seeing, it’s impossibly
challenging; regarding the state of cinema, it’s illuminating.

With many of the acknowledged classics readily available in something
like library form, via home video, programmers are digging deeper into
the history of cinema and revealing it to be more diverse than it is
often held to be—both in the identities of its creators and in the
artistic forms of creation. Those two forms of diversity are unfailingly
conjoined: the daring and challenging artistic originality of many
directors who are female, people of color, or both, is a major reason
(added, of course, to the industry’s unredressed and even unacknowledged
prejudices) for their films’ unjust obscurity and their makers’
marginalized or thwarted careers. To this end, many repertory houses now also
offer premières of notable new independent films, making clear the
vital connection between the rediscovery of hidden classics and the
revelation of new works outside the industry’s mainstream.

A quick sampling of the series at hand includes “ ’60s Verité,” at Film
Forum; “Tell Me: Women Filmmakers, Women’s Stories,” at Metrograph;
“Fight the Power: Black Superheroes on Film,” at BAM Cinématek;
“Documentarists for a Day,” at Anthology Film Archives; retrospectives
of the films of Ingmar Bergman (forty-seven of them!), at Film Forum,
and of Raúl Ruiz, at Film Society of Lincoln Center; the periodic
“Underexposed” series at Quad Cinema, which returns on February 13th
with a restoration of Suki Hawley and Michael Galinsky’s rarely shown
independent films from the nineties, “Half-Cocked” and “Radiation”; and
films from the Prelinger Archives, at Museum of the Moving Image.

But much of classic-era Hollywood, too, and much of the best of it,
remains little-known and rarely seen, and MOMA is helping out there,
with a two-week series that starts on Thursday, “Martin Scorsese
Presents Republic Rediscovered: New Restorations from Paramount Pictures.” The series offers a variety of engaging curiosities and at
least one electrifying, eccentric masterwork: “Driftwood,” from 1947,
starring the nine-year-old Natalie Wood and directed by Allan Dwan. (It
screens February 2nd and February 8th.)

Republic was a studio that specialized in B-movies, low-budget films,
and it afforded Dwan, a Hollywood pioneer in the literal sense, whose
directing career began in 1911 (and ran through 1961, with more than a
hundred features and about three hundred short films), an unusually free
hand in his choice of subjects. In “Driftwood,” Wood plays one of the
most idiosyncratic and original child characters I’ve seen in a
Hollywood movie, a girl named Jenny Hollingsworth, who lives in a
Colorado ghost town with her great-grandfather (H. B. Warner, whose
first film credit is dated 1900), a preacher whose congregation is now
one—Jenny. When he dies suddenly, she wanders through the desert and is
rescued by Steve Webster (Dean Jagger), a young doctor who’s driving
back to his nearby home town. He takes her in, or, rather, he takes her
into the home of his crusty landlord and friend, Murph (Walter Brennan),
the town pharmacist, and also entrusts her to the care of his fiancée,
Susan Moore (Ruth Warrick), a teacher, whom he can’t marry yet because
his practice and his research (into a grave tick-borne disease) hardly
pays. (The movie looks sardonically at the venerable form of male vanity
that resists a working woman becoming the family breadwinner.)

Jenny, raised by her great-grandfather on a strict diet of the Bible,
can quote it as plentifully, as aptly, and as insightfully as he could.
Moreover, raised in isolation with none of the social trimmings learned
in the playground, in school, or, for that matter, in sociably rooted
families, Jenny’s a relentlessly truth-telling, undiplomatic innocent
who blithely blurts out gossip to its subjects and behind-the-back
sarcasms to their targets. She’s a sort of holy innocent who is also, in
her way, possessed of a religious ecstasy that she can’t even name, and
who, with her sharp hearing, quick discernment, perfect memory, and
unfiltered playback, shatters the small town’s veneer of hypocritical
civility.

Although the themes of the film are earnest, the tone is, for the most
part, bright and comedic (until it veers into near-tragedy). Steve’s a
serious scientist awaiting an appointment to a San Francisco institute,
both to advance his work in a serious laboratory and to escape from the
small town, where his devoted efforts for his neighbors are in vain—they
refuse to let him vaccinate them and their children against spotted
fever, and the mayor (Jerome Cowan) funded a park instead of a
much-needed hospital. The fulcrum of the action is Jenny’s dog,
Hollingsworth, a stray that she picked up after her great-grandfather’s
death. When she’s bullied by the mayor’s son, Hollingsworth chases the
boy off—and the mayor, already seething at Steve’s criticisms, seeks his
revenge. It’s hardly a spoiler to say that the return of spotted fever
to the town becomes a key plot line, and no surprise (certainly not for
anyone who’s seen a few classic Hollywood movies) that science and faith
join forces to achieve progress.

“Driftwood” both typifies and expands Dwan’s core inspiration: his
dramatization of a thick tangle of social connections and conflicting
lines of power and passion that seemingly bring the town itself to life
along with its individual characters. Dwan is classic Hollywood’s great
sociologist, a delineator of deep bonds with deft touches and vital
details, whose teeming visions of small-town life come packed with sharp
and discerning criticism. This sensibility rose to a tragic pitch in
Westerns ( “Tennessee’s Partner” and “Silver Lode”) crime dramas
(“Slightly Scarlet” and “The River’s Edge”), musicals (“I Dream of
Jeanie”), and even science fiction (“Most Dangerous Man Alive”). The
vigor and immediacy of “Driftwood” can be traced in part to its
quasi-documentary origins, which Dwan discusses in a book of interviews
with him done by Peter Bogdanovich, which is one of the most plainspoken
and insightful movie books I know. The screenwriter Mary Loos (with whom
Dwan worked often at Republic), he said, learned of the real-life
outbreak of an animal-borne disease, and they (along with Loos’s
husband, Richard Sale) worked up a story on the basis of that news.

Dwan’s next film, “The Inside Story,” from 1948, which is also included
in the MOMA series, is set in a small Vermont town. It’s also written by
Loos and Sale and it draws on many similar elements and cognate
characters. It illustrates an idea, about banking, money, and civic
responsibility, that traces back to the Depression (when the story, told
mainly in flashbacks, takes place). It’s lively, too, and features many
thematic similarities to “Driftwood”—but not its near-journalistic
devotion to detail or its range of intellectual and visionary impulses.
It’s recognizably the product of the same artist, but a lesser work; the
difference between the two films is the difference between an intriguing
oddity and a vital creation. And the recognition of that difference is a
question not of historical research or knowledge but of aesthetic
sensibility—of pleasure—which is, ultimately, the touchstone of the
current outpouring of repertory rediscoveries in New York movie houses.