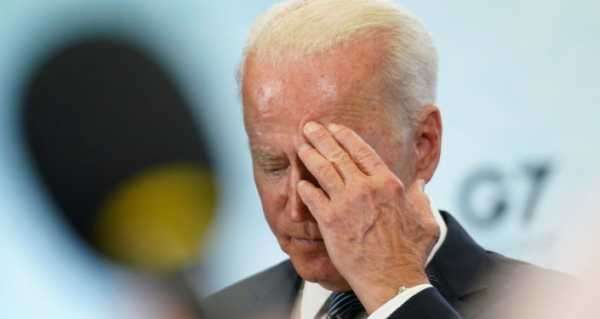 Although the Biden administration is trying to reassure the EU about Washington’s commitment to transatlantic values, mutual distrust and differences still persist, undermining the White House’s idea of forming a united front against China, international observers say.

The US and the EU announced on Tuesday that they have resolved a 17-year-long row over aircraft subsidies involving Boeing and Airbus. European Commission President Ursula von der Leyen praised the move, stressing that it has opened a new chapter in the US-EU relationship, as Washington and Brussels moved “from litigation to cooperation”.

However, the Biden administration sees yet another dimension to the historic decision: according to US Trade Representative Katherine Tai, the allies have finally come together against a “common threat” – China. She underscored that the US and EU would cooperate “to challenge and counter China’s non-market practices in this sector in specific ways that reflect our standards for fair competition”.

The idea of countering a “challenge” posed by the rise of China has repeatedly been voiced during Joe Biden’s first European tour. However, while G7 and NATO leadership have seemingly reached a consensus on the need for a shared approach to Beijing, Washington and European players have differing economic interests in China, according to David Hearne, an economist and researcher at Birmingham City University.

Germany indeed appears to be a hindrance to creating a potential anti-Beijing front as it is “very much dependent on its now very large bilateral trade relationship with China”, suggests Marc Ostwald, global strategist at ADM Investor Services, adding that Berlin has repeatedly found itself “isolated in the EU” because of that.

Thus, Berlin had withstood Washington’s calls to take on Chinese telecom giant Huawei for almost two years. Finally, in April 2021 German lawmakers passed IT Security Law 2.0, a new rule which restricts the role of “untrustworthy” suppliers of 5G technology, bringing the country “closer into line” with France, the UK and other European nations, according to Politico. Still, the law neither singles Huawei out nor bans the Chinese producer outright from Germany’s 5G networks.

​Meanwhile, in December 2020, Berlin backed the EU decision to sign a Comprehensive Agreement on Investment (CAI) aimed at easing trade barriers for European and Chinese businesses. Although in late May the European Parliament voted to freeze the ratification of the EU-China investment deal, the deal is not dead yet.

For its part, Italy has also maintained close ties with China and even became the first G7 nation to officially become a member of the Beijing-led Belt and Road Initiative (BRI) on 23 March 2019.

In addition, Europe’s lack of cohesion in many areas, starting with Brexit and ending with a spat over the vaccine roll-out, presents “the biggest obstacle,” according to him.

“Throw in the fact that there are rather uncertain elections in both Germany and France in the next year, and more than likely Italy – and the chances of the EU actually taking a firm stand looks questionable,” he believes.

Meanwhile, not everything is rosy in the garden of US-EU relations. Although the long-running dispute over subsidies to Boeing and Airbus will phase out billions of dollars in punitive tariffs and improve transatlantic relations, a number of other US-EU rifts still remain unresolved.

The ongoing EU-US trade frictions are not only hindering Washington’s attempts to forge an anti-China alliance, but are also dividing NATO, highlights Kevin Dowd, professor of finance and economics at the Business School at Durham University in the UK.

An employee walks along aluminium rolls at the Constellium factory, on December 12, 2014 in Biesheim, eastern France.

The import taxes that Biden’s predecessor imposed on European steel and aluminium three years ago have been left in place. On 1 March 2018, Donald Trump signalled his intention to impose a 25% tariff on steel and a 10% tariff on aluminium imports under Section 232 of the Trade Expansion Act of 1962. The move hurt both European producers and American companies and prompted the EU to retaliate by raising tariffs on iconic US-made products like motorcycles, bourbon whiskey, peanut butter and jeans.

Although von der Leyen suggested that the deal on steel and aluminium-related measures could be reached by the end of 2021, the situation continues to sour relations between the allies.

“The EU might try to use the situation as a bargaining chip,” he suggests.

Differences within the trans-Atlantic bloc do not end here. Biden’s global minimum corporate tax of at least 15 percent may trigger further resistance from some European states, most notably Ireland and Hungary, which are known for their low 12.5 percent and 9 percent rates, respectively. Ireland is known for deriving a major competitive advantage with a lower tax regimen.

For his part, Hungarian Prime Minister Viktor Orban told a business conference on 9 June that he considers it “absurd” that any world organisation may assert the right to say what taxes the country can levy and what taxes it can not, adding that Hungary is “not a tax haven”.

Given all of the above, one should hardly expect any progress being made towards China “until it’s clear that the United States and Europe can resolve the whole broader set of the existing trade problems”, Prusa says.