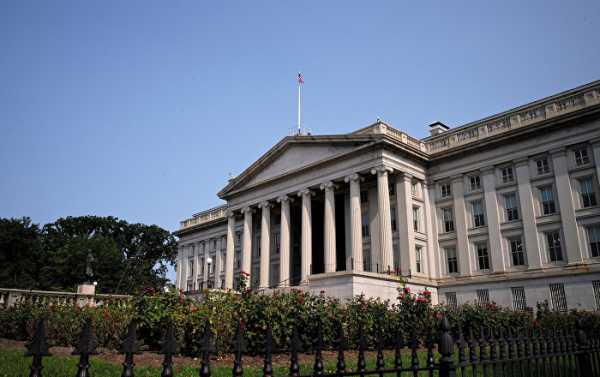 The Chinese Commerce Ministry has reiterated its opposition to any form of protectionism, while the US Treasury Secretary is weighing new steps aimed at achieving a balanced and mutually satisfying compromise.

Kristian Rouz — Mainland China’s Commerce Minister has decried all forms of protectionism in the latest development of the nation’s trade standoff with the US. Meanwhile, US Treasury Secretary Mnuchin expressed cautious optimism on reaching a trade compromise with China, as he’s weighing a visit to Beijing for bilateral talks.

China’s Commerce Minister Zhong Shan wrote in the People’s Daily —the mouthpiece of the ruling Communist Party of China — that the government in Beijing is firmly committed to the existing multilateral system of global trade.

Zhong wrote his department is planning to undertake further liberalisation of China’s financial sector — including banks, securities, and insurance. He also didn’t rule out a continued easing of regulations on foreign investment.

Zhong added that mandatory domestic partnership requirements for foreign companies to operate in the Chinese market could be relaxed further, particularly in the automotive, aerospace, and shipbuilding sectors.

Although some of these steps would fall in line with the calls from the US and international institutions for China to open up its economy and domestic market, the primary sticking point remains. US Treasury Secretary Mnuchin said he believes the most acute differences could be reconciled through bilateral talks.

“A trip is under consideration,” Mnuchin said. “I’m not going to make a comment on timing, nor do I have anything confirmed.”

China’s Commerce Ministry confirmed is has a visit request pending from the US, which could potentially indicate a looming breakthrough in the trade stalemate. Secretary Mnuchin’s visit would also come at a crucial moment, when US President Donald Trump is preparing for talks with North Korean leader Kim Jong Un.

Heightened global volatility has been stirring concern among investors worldwide, despite the International Monetary Fund (IMF) recently upgrading its global economic growth outlook. The IMF has said the pace of economic expansion could be quicker if certain countries took the effort to diminish existing political and geostrategic risks.

China Commerce Minister Zhong also reaffirmed Beijing’s pledge to ramp up protections of intellectual property in an attempt to restore the confidence of international manufacturing giants in their Chinese operations.

However, a US investigation under Section 301 found several Chinese state-owned enterprises could have been involved in the abuse of intellectual property rights, rendering Beijing’s vows to increased patent and copyright protections questionable.

Some say Secretary Mnuchin’s visit to China might not produce a meaningful agreement, as China’s economic model is heavily dependent on the status quo in international trade. Meanwhile, ongoing economic reforms in the US are necessitating that global trade rules be altered significantly.

“It’s likely that they come and demand a price that’s too high for China. Then the two sides just end on a sour note, and the trade war continues,” Gai Xinzhe of the Beijing-based Bank of China’s Institute of International Finance said. “I’m not optimistic, as it seems that Trump himself doesn’t know what he wants to get from China.”

Earlier this week, Secretary Mnuchin met with the new Governor of the People’s Bank of China Yi Gang, and discussed monetary policies and financial market regulations.

Secretary Mnuchin said he encourages, welcomes, and appreciates China’s commitment to domestic reform. However, he said, in order to fully resolve trade frictions, the US and China would need to ramp up their ongoing dialogue.

“We’re cautiously optimistic to see if we can try to reach an agreement,” Secretary Mnuchin said.

During this past weekend, Secretary Mnuchin also had conversations with his Russian and Japanese counterparts on the sidelines of an IMF event in Washington. He said the ongoing multilateral consultations could eventually produce certain positive developments — without elaborating further.