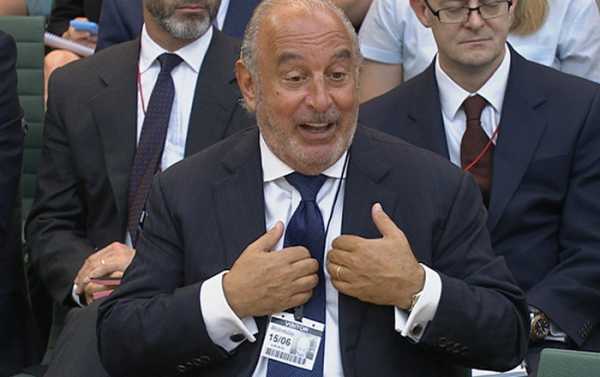 A financial regulator has pointed the finger at one of the world’s largest auditing firms, accusing them of failing to notify others of a major British retailer’s shortcomings in an audit conducted just days before the chain’s collapse, a new report revealed.

The report highlights eight allegations of misconduct, which prompted the unprecedented fines against the two entities. It specifically looks into the Taveta Group audit, which included BHS, dated August 30, 2014.

PwC, one of the world’s largest auditing firms alongside Deloitte, KPMG and EY, apologized for its substandard work. “This is unacceptable and we agreed the settlement recognising that it is important to learn the necessary lessons,” the company said in a press statement.

MPs have demanded higher penalties and called the FRC “toothless” for its handling of the BHS audit. The FRC is also under review, and calls for the audit and non-audit sectors of the four largest auditing firms are expected to arise.

Regarding the allegations, the FRC has made a case on the legal definition of “going concern”, which implies that a company can continue doing business in the future. However, the watchdog heavily criticized PwC’s handling of the Taveta Group audit.

“There were several events or conditions that should have appeared to the respondents (PwC and Denison) to cast significant doubt over BHS’s ability to continue as a going concern and therefore to require further investigation,” the report asserted.

“The respondents gave no consideration to how these matters may have impacted BHS’ ability to continue as a going concern,” it continued. “They failed to gather any audit evidence on which to conclude that the going concern assumption was appropriate.”

The FRC also criticized Taveta Group auditors of overlooking misleading financial statements, which were used to approve support for the BHS.

“Based on the audit evidence obtained, they should have concluded that a material uncertainty existed about BHS Group and BHS’s ability to continue as going concerns,” the report noted. “BHS had significant net liabilities, its turnover had been decreasing for several years, and it was recording substantial losses.”

Sir Philip Green was branded the “unacceptable face of capitalism” in a parliamentary inquiry after he took US$524 million in dividends from BHS and sold the bankrupt company March 11, 2015 for just £1 to twice-bankrupted businessman Dominic Chappell.

“20,000 current and former BHS employees face reductions to their pensions of up to 77 per cent,” a July 22 2016 House of Commons inquiry into the BHS lamented.

In October 2016, the House of Commons approved a measure to strip Green of his knighthood for the BHS scandal.