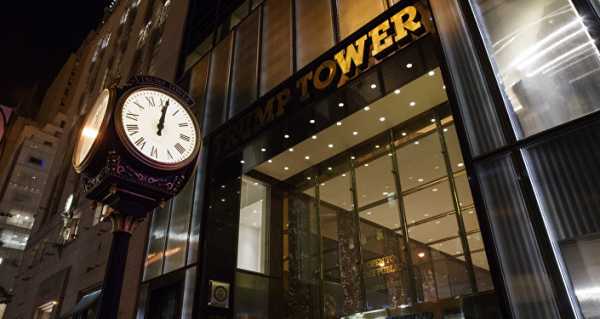 The billionaire real estate mogul and gameshow host prided himself on his business acumen during the 2016 presidential campaign, saying he would use his skills to make “great trade deals” for America.

Former president Donald Trump has dropped 298 points in Forbes’ billionaires list to number 1,299, down from number 1,001 a year ago, the business magazine reported Tuesday.

The drop came despite the fact that Trump’s actual net worth grew to $2.4 billion from $2.1 billion a year ago. Forbes explained that the reason Trump lost points was that other billionaires have amassed even greater fortunes amid the pandemic.

Last month, US media reported that the nine wealthiest Americans had grown their net worth by over $360 billion over the past year. Late last year, Forbes reported on fifty new billionaires who made their fortunes thanks to the coronavirus pandemic (which has also killed more than 500,000 Americans and put the United States into a severe recession).

Trump’s estimated net worth dropped substantially since he came into office in January 2017, with Forbes estimating his fortune at the time to amount to $3.5 billion. Bloomberg issued a slightly different estimate on Trump’s wealth in March, but similarly concluded that his wealth dropped during his presidency, from $3 billion in 2017 to $2.3 billion by the time he left office. Bloomberg blamed the coronavirus pandemic (which reportedly impacted the president’s real estate, hotel and casino-related holdings), as well as the 6 January Capitol riots, which it said hurt the mogul’s relationships with brokers and lenders.

Forbes and Bloomberg’s ratings appear to put a crimp in long-standing allegations by Democrats and liberal-leaning media that Trump would use the presidency as a cash cow to enrich himself using unscrupulous or even illegal means. In 2016, The Washington Post said that Trump’s conflicts of interests were “without precedent in American presidential history.” In late 2020, a report by a Washington-based watchdog said the president had racked up some 3,400 conflicts of interest during his presidency, including by staying at his private properties and resorts, and mentioning his businesses via official government platforms.

The new figure’s on Trump’s wealth suggest that either Democrats’ fears were overblown, that he is a bad businessman, or both.

The former president has not commented on Forbes’ and Bloomberg’s new ratings.