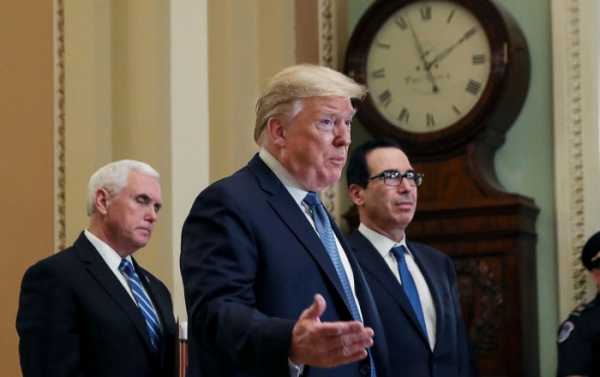 POTUS has discussed businesses reeling as a result of the coronavirus’ economic ramifications, bringing up his family-owned enterprises.

Donald Trump has told a press briefing in Washington that it would be beneficial for his hotels and clubs, like all the rest, to close their doors to visitors to rein in the spread of the novel virus, which has already severely crippled international and domestic tourism.

“I wouldn’t say it’s thriving, when you decide to close down your hotels and your businesses”, POTUS said, continuing:

The New York Times earlier reported that the Trump family businesses, which include hotels and resorts, as well as golf courses, have partially cut their staff – for instance at hotels in New York and Washington, while golf courses were reportedly shut down altogether in Los Angeles and in the Miami area.

Travel has suffered tremendously in the past few weeks due to the COVID-19 pandemic, with hotel occupancy in the US falling on average by 24% as of last week, as airlines have been across the board cancelling flights and tour agencies axing group and individual tours.

Germany’s Lufthansa, for instance, announced that it could cut the number of flights by as much as 70 percent. British Airways, in turn, warned its staffers last week that the UK’s aviation industry is facing a “crisis of global proportions” due to the COVID-19 spread, while the US’ United Airlines announced that it would be cutting its international schedule by 20 percent and domestic routes by 10 percent in April.