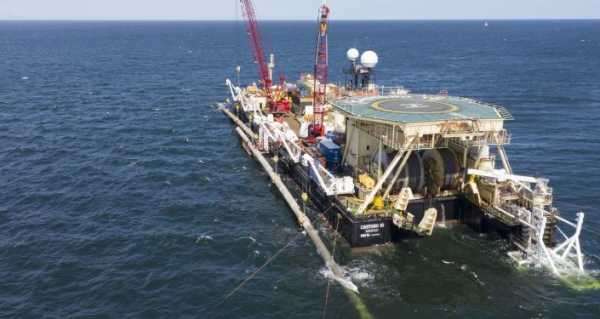 In October, the US State Department further expanded sanctions against Nord Stream 2, targeting firms that provide services or fund the upgrade or installation of equipment aboard pipe-laying ships.

Nord Stream 2 AG said on Saturday that it was planning to resume laying pipelines for the Nord Stream 2 gas project this year.

“Yes, we can confirm this,” the company told reporters when asked whether it plans to resume the pipelines’ construction in December.

The pipeline is about 75km from completion – 16km in Germany territory and the other 60km in Danish land.

The Nord Stream 2 project was suspended after December 2019 when the US imposed sanctions against companies involved in constructing the pipeline. Washington targeted firms that provide services or funds to upgrade or install equipment on ships that lay the pipeline.

Swiss pipe-laying company Allseas quit the project in fear of US sanctions. Russia then said it would finish the project on its own. Russia’s energy giant Gazprom sent its Akademik Cherskiy pipe-layer to the Baltic Sea to finish the pipeline.

When finished, the $10.5 billion project between Russia’s Gazprom and several European energy concerns will double the annual 55 billion cubic metres capacity of the existing Nord Stream network and deliver Russian gas to Germany without any intermediaries.

The US has been pressing Russia and Germany to abandon the Nord Stream 2 project, claiming that it harms its national interests and those of the European Union.