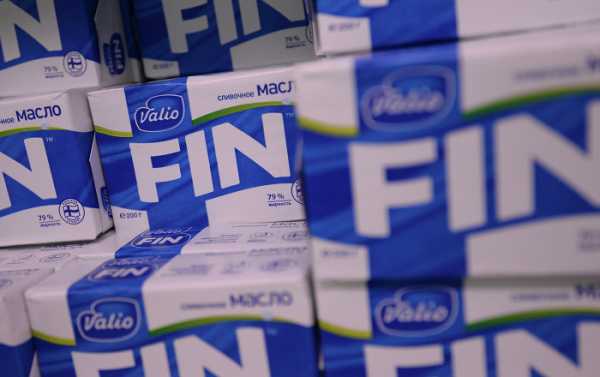 Dairy company Valio has become the latest Finnish firm to review cultural stereotypes in its branding, such as a man wearing a fez on a Turkish yoghurt package. Despite the fact that the person behind the initial complaint later said his comments were intended as a joke, Valio has scheduled a comprehensive review of its products.

Finnish dairy company Valio has pledged to retire stereotypical graphics on its “Turkish” yoghurts, which feature a fez-wearing man.

The announcement came following a debate about stereotypical imagery that flared up on Twitter. Ironically, journalist Anter Yaşa, the person behind the debate, later said his comments were meant as a joke and a parody, intended to show how ridiculous “outrage culture” and “excessive tolerance of idiots” is and scoffed at Finnish journalists for believing he was genuinely hurt.

​Nevertheless, Valio stressed that it updated its policies a year ago to ensure that marketing did not promote discrimination. Senior Vice President Hanna Hiekkamies assured that Valio had planned to re-brand the yoghurts in question long before the debate erupted, and even went so far as to suggest that the company had not moved quickly enough on the matter, national broadcaster Yle reported.

Hiekkamies promised that the new, re-branded yoghurts would appear on Finnish shelves later this autumn. Valio also said that it plans to review images on its Greek- and Bulgarian-branded branded sister products, which also feature stereotypical imagery based on related clothing.

Finally, Valio announced it was re-branding its Black Pete dairy cream, having previously retired a cheese with the same name.

Last week, Eskimo-branded ice cream was reportedly considering a name change in a bid to combat discrimination against the people.

This is not the first time that a Finnish brand has changed its name. In March of this year, Finnish chocolate maker Brunberg announced a change in the packaging of its chocolate-covered Kisses product, removing stereotypical images of two African-looking figures kissing. Tellingly, the original product was launched in the 1950s as “Negro Kisses”, but renamed “Brunberg’s Kisses” in 2001.

In 2007, a renowned Finnish confectioner, Fazer, announced plans to retire one of its product mascots, a black figure with oversized red lips and cornrows many complained was a grotesque, racist impersonation tantamount to blackface.

Also, this year, the Institute for the Languages of Finland announced a name change of the holiday island Neekerisaari. While roughly translating as “Negro Island”, its name is a nod to the old media slang and a reference to the printing ink that smeared the workers’ hands and faces. The island in question is owned by the North Karelian Journalists’ Association.

Valio, whose products include cheese, powdered ingredients, butter, yoghurt, and milk, is one of the largest companies in Finland. With a product range of about 1,000 items, it accounts for under a third of Finland’s food exports to nearly 60 countries.