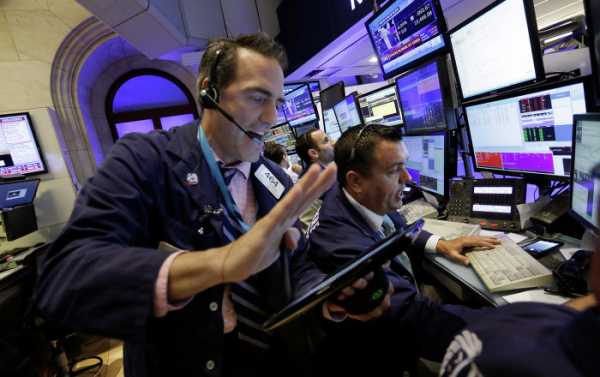 US stocks underwent quite the climb into green territory on Friday, with the Dow Jones Industrial Average Index surging over 800 points following the release of a strong jobs report that indicated American employers added 2.5 million jobs in May.

Friday’s closing figures marked a milestone rise for the indices, as the rally cut massive market losses that were brought on by the COVID-19 pandemic’s effect on the US and global economy at the start of the year.

Whereas the Dow once had year-to-date losses of over 34%, the unexpected market gains meant the index was only down by 4.3% for the year, according to CNBC. Similarly, the S&P 500 was down by less than 1% after having been down some 30% earlier in the year.

Stocks that experienced the highest uptick included those tied to cyclical companies, businesses whose success are directly tied to the US economy. Construction machinery company Caterpillar saw its stocks jump to nearly 5%, and aerospace company Boeing saw its shares rise by more than 16%.

Elsewhere, both European and Asian markets closed higher due to improved expectations surrounding the US jobs report for the month of May.

Experts and investors alike have been speculating for several months whether the economy would eventually undergo a “U-shaped” recovery, where a slow return to previous market highs takes a period of 12 to 24 months, or see a “V-shaped” economic recovery – a sharp bounce back after a brief period of economic collapse.

As a result of the new jobs report, many now believe that the US’ recovery will be closer to the “V-shaped” variety. Brian Belkin, the chief investment strategist for BMO Capital Markets, told the Wall Street Journal that “there’s a massive amount of negativity among macro analysts, but the proof is in the pudding.”

US and global markets saw their respective Friday closing figures largely impacted by the release of the US Department of Labor’s May jobs report, which revealed that the unemployment rate in the Land of the Free fell to 13.3%, as employers added 2.5 million jobs.

The report also found that employment opportunities within the US government had “continued to decline sharply.” Government jobs dropped by 585,000 in May.

However, it’s worth noting that despite the added jobs, some 21 million Americans are still unemployed.

In a note seen by the Journal, Nick Bunker, an economist working with hiring website Indeed, wrote that while the economic recovery started earlier than expected, “don’t get too excited” just yet.

“It’s not clear how enduring this will be,” the note adds.