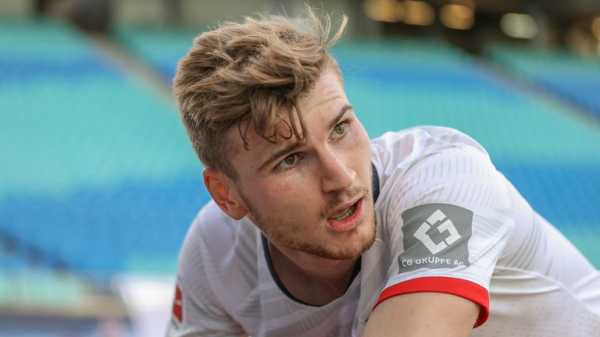 1:16 Sky Sports pundit Alan McInally believes RB Leipzig forward Timo Werner will be a good fit at Chelsea and says the player’s versatility will make him a huge asset at Stamford Bridge.

Although Werner was a Stuttgart fan who was born within walking distance of the Mercedes-Benz Arena, he moved to RB Leipzig in a €10m deal in the summer of 2016. In his first season at Leipzig, he scored 21 times in a side which finished second in the Bundesliga and qualified for the Champions League for the first time.

He scored 40 goals in the following two seasons and last summer was close to joining Bayern Munich in a €30m deal. Not everyone at Bayern was convinced they should buy him, however, and, when they backed out of the transfer, Werner signed a new four-year contract at Leipzig with a €55m (£49.4m) release clause which runs out on June 15.

It has been an open secret that Liverpool wanted to sign him this summer and Werner did not hide his admiration for Jurgen Klopp and his European champions. 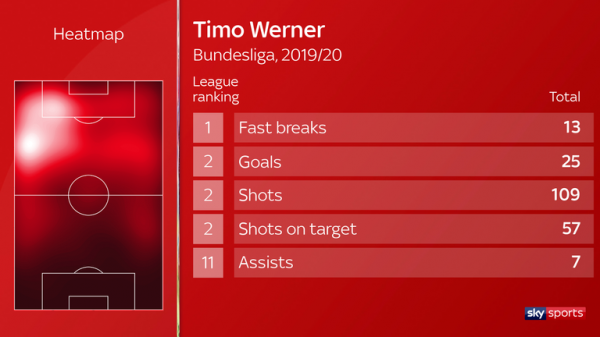 According to reports in Germany, Werner spoke to Klopp on the phone earlier this year. He wanted to move to Liverpool but had reservations about whether he would play regularly considering Liverpool’s front three of Sadio Mane, Mohamed Salah and Roberto Firmino is arguably the best in the world.

Klopp could not offer him any assurances but both men knew that Werner had the talent, ability and attitude to be a success at Anfield.

A move to Liverpool was on the cards until the coronavirus pandemic. The loss of matchday and broadcasting income, as well as the drop in value of commercial deals and the cancellation of lucrative pre-season tour games meant Liverpool were not in a position to spend almost £50m on a player who would not necessarily be a guaranteed starter in their first team.

Maybe Liverpool believed they could afford to play the long game. Wait until the €55m release clause runs out and see if they could negotiate a better deal. 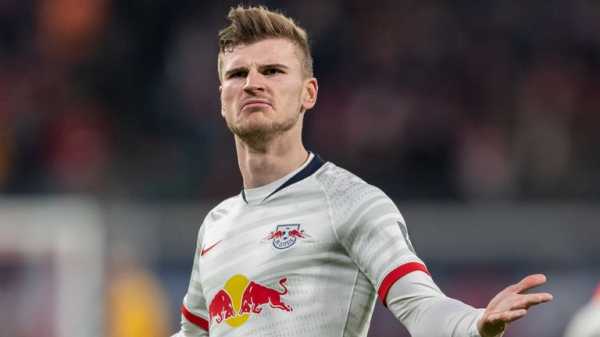 It would have been a risky strategy because there were plenty of other clubs who wanted Werner, especially when he just carried on scoring when the Bundesliga restarted last month. He has scored 31 goals and counting this season to take his total to 92 in four seasons at Leipzig. 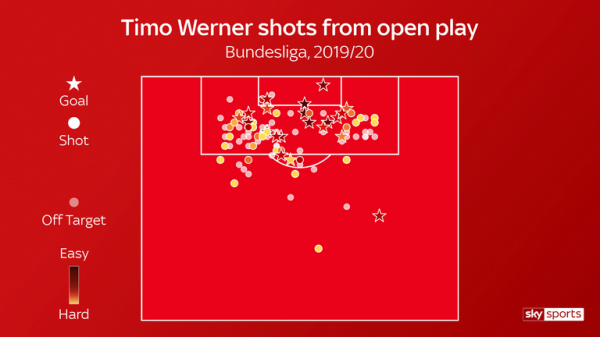 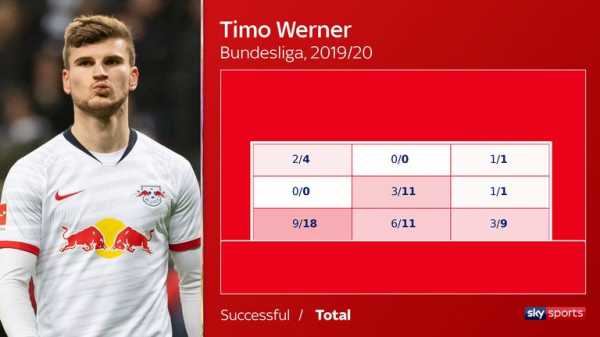 His goalscoring record and his ability to play anywhere across the front three and in an attacking midfield role mean Werner has been used to clubs trying to sign him ever since he made a name for himself in Stuttgart’s youth teams. 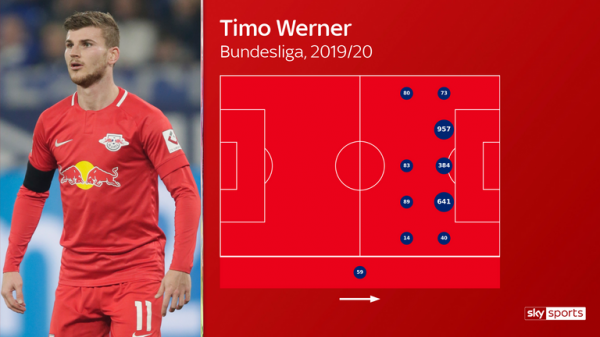 Bayern Munich, Borussia Dortmund, Real Madrid and Barcelona knew all about him before he had even played a senior game and, more recently, it has not just been Liverpool and Chelsea who have wanted him. Manchester United, Bayern Munich, Juventus, Real Madrid, Barcelona and Inter Milan have all held talks about signing him.

Why Werner is joining Chelsea

So, why Chelsea then? Well, the pandemic has meant that clubs have been drastically cutting their transfer budgets but Chelsea are owned by the Russian billionaire Roman Abramovich and £49m looks like a fair price for a prolific 24-year-old forward who is still young enough to have a high resale value when he leaves Stamford Bridge. 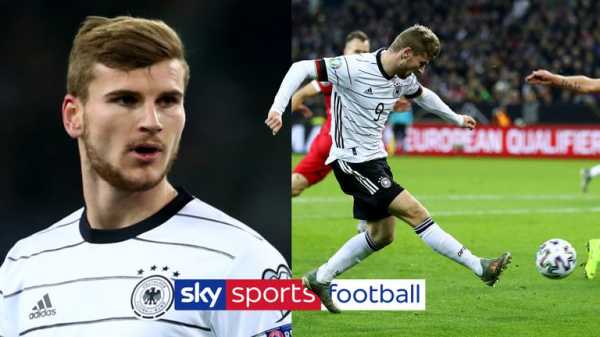 2:01 After Chelsea agreed a deal in principle to sign RB Leipzig striker Timo Werner we look back at some of his best goals for Germany.

The negotiations with Leipzig are being handled by Chelsea director Marina Granovskaia and the two clubs did business last summer when the promising young midfielder Ethan Ampadu moved from Stamford Bridge to Leipzig on loan.

Frank Lampard also has more money to spend than some of his rivals because while clubs such as Real Madrid and Barcelona were spending fortunes last summer, Chelsea were serving a transfer ban. 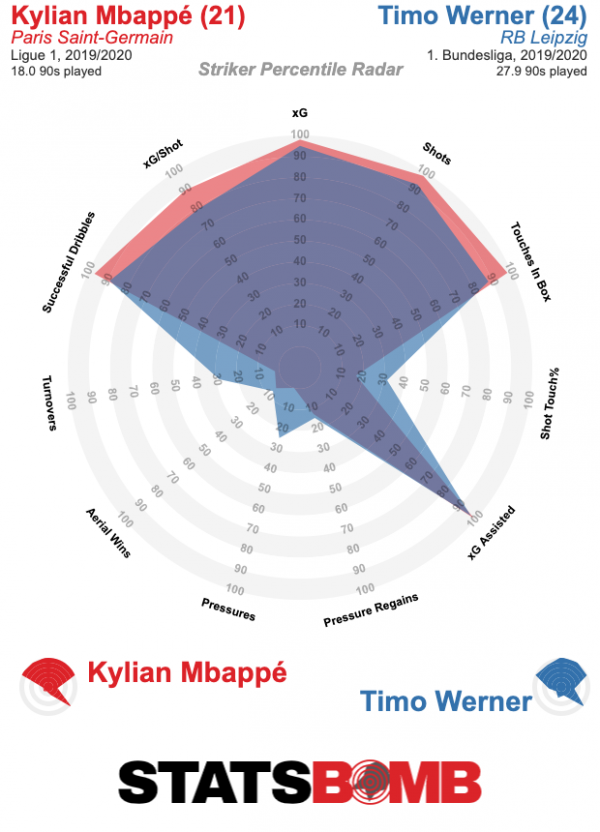 With Pedro and Willian set to leave when their contracts run out at the end of the season, Lampard has known for a long time that he needed to sign new wide players for the next campaign. 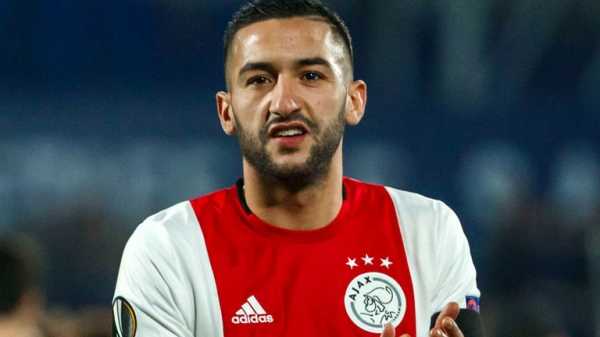 The dynamic and exciting Hakim Ziyech is arriving from Ajax in a £34m deal next month, which means Chelsea’s first-choice front three next season is likely to be Werner, Tammy Abraham and Ziyech – unless Lampard buys another centre forward as well as the new left-back he wants. 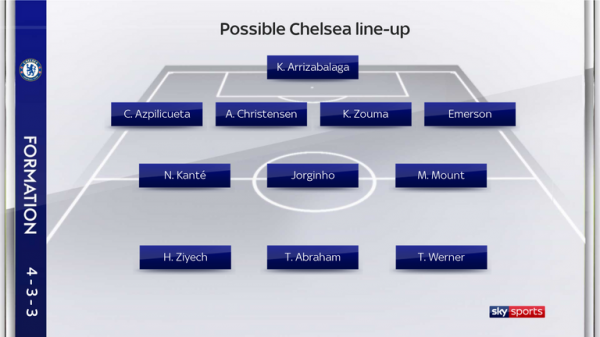 When considering where he was going to move to this summer Werner made it clear he wanted to play in the Champions League. Chelsea will restart the Premier League season in fourth place, three points ahead of Manchester United. Fifth place may be enough for Champions League qualification this season if Manchester City lose their appeal against their European ban.

Chelsea have offered Werner a £200,000-a-week five-year contract. Now they have to make sure that they are offering him Champions League football as well.