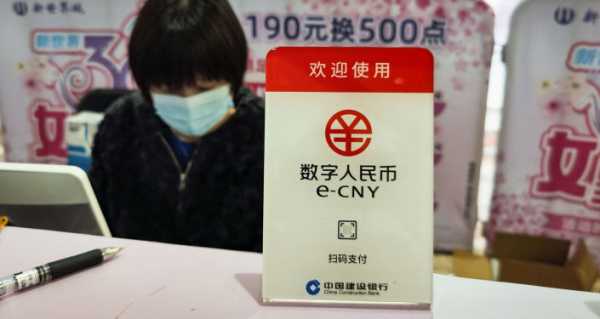 The American reserve currency received a lot of criticism in recent years largely because of the quickness with which Washington slaps sanctions on other countries. All sorts of economic restrictions have limited the ability of dollar-using countries to trade with countries which have fallen foul of the US.

Beijing has been actively developing and testing the use of the digital version of its currency – the blockchain-based digital yuan also known as DCEP. The official motivations for the introduction of the digital yuan were to replace cash, fight money-related crimes and make transactions cheaper and more effective. However, financial experts suspect that, among other things, China seeks to shift the global balance of reserve currencies away from the dollar.

Tipping The Scale in Yuan’s Favour?

The greenback is currently responsible for roughly 60 percent of global foreign exchange reserves, according to Dr Oriol Caudevilla, a FinTech adviser for several Hong Kong-based companies, adding that Beijing has long wanted to change the situation in favour of the yuan, which only accounts for 4 percent. This would allow Renminbi, China’s currency, to secure a more prominent spot in the global financial system, the expert notes.

Still, these efforts will not necessarily bear fruit, at least not “over night”, Caudevilla adds. Despite taking certain steps to allow the free flow and exchange of its currency, the Chinese economy still lacks certain traits of the American currency that made the dollar so popular, says Eswar Prasad, a former head of the International Monetary Fund’s China division, in an interview with online media outlet, Market Watch. He adds that it is unlikely that Beijing will adopt certain institutions and create a safe environment for the investors in the near future, thus making the digital yuan a lucrative currency to use.

How US Can Prevent Digital Yuan’s Rise to Popularity

Digital yuan is indeed unlikely to replace the dollar in global transactions in the “immediate future”, Nicola Borri, an economics and finance professor at Rome’s LUISS Guido Carli University, agrees. However, it is quite possible that it will challenge the dominance of such currencies as the dollar or euro in world trade eventually, Borri adds. For DCEP to be successful, it must feature the safety of the blockchain cryptocurrencies and have a lower cost of transactions compared with regular bank wires, the academic notes.

Borri names opposition from Washington as being one of the obstacles digital yuan will encounter to impede its proliferation. A large percentage of Chinese exports goes to the US, and American customers are likely to stick to the greenback, the pundit explains. Washington is also likely to maintain the status quo by pressuring American companies to invoice in dollars “for both political risk and taxation considerations”, the Borri adds. The White House is likely to treat any threat to the dollar’s dominance as “a national security issue”, and the DCEP “threatens the dollar over the long term”, another ex-IMF staffer, Josh Lipsky, adds in an interview with The Wall Street Journal.

However, Beijing can make up for the digital yuan’s failure to replace the dollar in trade with the US by pushing it in trade with emerging markets which are expected to account for a significant proportion of global trade over time, professor Borri stresses.

What Other Goals Does Beijing Pursue by Promoting Digital Yuan?

Although toppling the dollar’s dominance as the world’s reserve currency may well lie within Beijing’s interests, the emergence of the digital yuan was probably caused by other concerns of the Chinese Communist Party, suggests Diana Choyleva, a chief economist at the China-focused Enodo Economics, in an interview with the Market Watch. The creation of the Chinese digital currency was purportedly triggered by the revelations of the former US National Security Agency’s contractor Edward Snowden, who unveiled Washington’s secret wiretapping of the SWIFT transactions, Choyleva claimed. This served as a “wake-up call” for China, the economist suggested.

But it may well be that reducing global dependency on the dollar as the reserve currency was not the main goal Beijing had in mind when it devised digital yuan, suggests former IMF official Eswar Prasad in a comment for Market Watch. He pointed at the introduction of the Cross-Border Interbank Payment System (CBIPS), a Chinese equivalent of SWIFT, which combined with digital yuan may prove a viable way of subverting American economic sanctions.

At the same time, Beijing lost a major source of oil sales in the face of Iran after the US suddenly slapped the country with economic sanctions in 2018 after unilateral withdrawal from the Iran nuclear deal. To this day, Chinese refineries can’t buy crude from the Islamic republic without fearing American sanctions, although various media reports suggest that minor companies still risk dealing with Tehran. A Beijing-issued untraceable (for countries outside China) cryptocurrency in concert with the CBIPS might thus make a dent in the wall of the American sanctions, which even the European INSTAX special vehicle seemingly failed to breach safely.

At the same time, apart from the benefits involved, using DCEP might bear potential risks, says Daniel Lacalle, chief economist at Tressis Gestion. According to him, the risks of Beijing’s surveillance over transactions and of “exploding money supply” because a lack of limiting factors of the credit transmission mechanism, still exist when using the digital yuan.