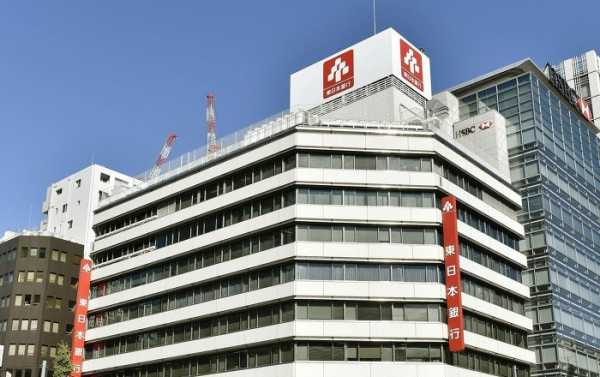 A rise in Japan’s business and consumer spending reflects a modest rebound in the nation’s GDP growth last quarter, suggesting the Japanese economy might be on track to a gradual acceleration towards the end of this year.

Kristian Rouz — Japanese governmental bonds (JGBs) have plunged in value with stocks posting a modest rally. This happened just days after the official data revealed an economic upturn in the past quarter after a mild contraction at the beginning of the year.

The changing investment patterns suggest the Japanese economy is gradually improving in line with the so-called Abenomics — but inequality and slow wage growth add to the lingering concerns.

The face value of the benchmark 10-year JGB decline this week, with the yield rising 0.005 percent to 0.090 percent — adding upward pressure on natural interest rates. This has also stirred speculation that the Bank of Japan (BOJ) could end its unconventional zero-and-negative interest rate policies (NIRP and ZIRP, respectively).

The BOJ said on Wednesday it would buy $5.79 billion worth of 5-to-40-year JGB’s as part of its monetary stimulus aimed at pumping money into the Japanese economy. The announcement added to expectations that  GDP growth would accelerate closer to the end of the year, driven by solid public and private-sector investment and consumer spending.

The Japanese economy rebounded in the second quarter, growing 1.9 percent year-on-year as consumer and business spending drove the expansion after a slight downturn in the first quarter of 2018. This contributed to an improved sentiment amongst investors, suggesting an impending change in the BOJ’s policies as well.

“A firm uptrend in wages — as summer bonuses increased significantly on the back of solid corporate earnings — is expected to support consumer spending,” Takuji Aida of Societe Generale said.

Also on Wednesday, Japan’s main stock index rose 0.5 percent — despite lingering concerns of the ongoing US-Chinese trade dispute, which many believe could produce scathing spillovers for the Japanese economy.

Meanwhile, rising consumer spending and gains in wages have suggested the Japanese inflation rate could gain momentum as well. However, growth in prices has been subdued so far. Nonetheless, the BOJ could decide to tweak its stimulus policies before a substantial increase in inflation due to the ongoing economic improvements.

“The BOJ wouldn’t persist in maintaining its current policy until 2 percent inflation is met. The board will likely make a flexible policy decision, even before the price target is met,” former BOJ board member Koji Ishida said.

Japan’s private consumption rose 0.7 percent in 2Q18, whilst nominal salaries and wages rose 4.3 percent year-on-year. Capital expenditures — or business investment — rose 1.3 percent, a measure that could translate into an even greater number of available jobs, which in turn could put additional upward pressure on wages.

Broader inflation has underperformed against the backdrop of encouraging macroeconomic data. Japan’s GDP deflator — a key proxy for inflation — dropped to 0.1 percent in 2Q18 from 0.5 percent the previous quarter.

Some say the BOJ risks eroding public trust if it beings wrapping up stimulative policies before an acceleration in inflation, as such a move would contradict a common central bank practice of raising rates and trimming bond purchases in line with a rising price index.

“There’s a risk public trust in the BOJ’s policy handling will be hurt if the central bank incurs big losses,” Ishida said. “The BOJ is probably making preparations to ensure this does not happen. But this is something that concerns me greatly.”

However, the Japanese government has also observed consumer spending could be higher and in line with the growth in wages — but the majority of Japanese are hesitant about ramping up their expenditures due to the uncertainty in the future of the economy.

Possible disruptions in foreign trade could hamper the expansion of Japan’s economy — as suggested by the lackluster exports in 2Q18, which rose only 0.2 percent compared to a 2-percent growth in the second half of last year.

This, and the US-Chinese tensions might encourage more caution among both Japanese consumers and investors in the next several months.