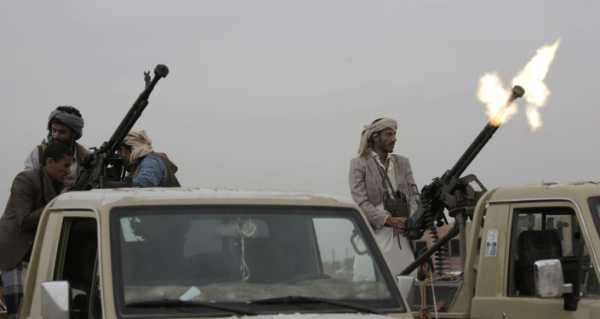 Yemen has been engulfed in an armed conflict between the government of President Abd Rabbuh Mansur Hadi and Houthi rebels since 2014. Saudi Arabia launched a military campaign against the Houthis after they ousted President Hadi in 2015.

Houthi rebels in Yemen have targeted the Jizan and Abha airports in Saudi Arabia as well as an air force base in the city of Khamis Mushait, the group’s military spokesman said on Twitter. “The hit was accurate”, Yahia Sarea said on Twitter.

Earlier, the Saudi-led coalition announced that it had intercepted and destroyed a Houthi drone laden with explosives that was heading towards Saudi Arabia’s southern region. The Houthi movement has not commented on the coalition’s statement.

In recent months, Houthi rebels and the Saudi-led coalition have been engaged in tit-for-tat attacks, with the rebel group repeatedly sending drones packed with explosives into Saudi Arabia and Riyadh destroying them and responding with air strikes on Houthi positions.

Yemen is mired in a civil war that started in 2014 and escalated a year later, when Shia Houthi rebels seized control of much of the west of the country and ousted then-President Abd Rabbuh Mansur Hadi.

At the request of Hadi, neighbouring Saudi Arabia formed a coalition of Gulf states and launched a military campaign against the Houthis. The war in Yemen has left more than 110,000 people dead and, according to the United Nations, it has resulted in the world’s worst humanitarian crisis, with more than 24 million in need of assistance and a million people are estimated to be facing the threat of hunger. Five years later, the Houthis remain in control of much of Yemen’s territory.