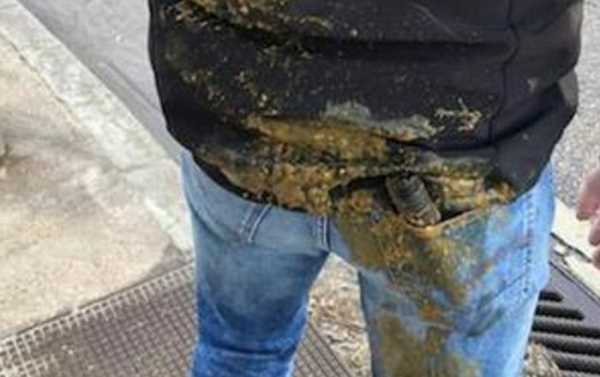 The French police detained nine people in the French capital on 2 March during the so-called yellow vests demonstrations in Paris, which have entered their 16th consecutive weekend, the BFMTV broadcaster reported.

Yellow Vests protesters reportedly “filled balloons with excrement” before throwing them at the police near the prefecture in Montpellier, where clashes between demonstrators and police broke out after a rally that  had gathered about 1,000 people, according to the police.

La Plume Libre reported that French police had been hit by a new version of the Molotov cocktail, faecal bombs, or so-called “cacatovs” in the city of Marseille. One officer was reportedly injured during the incident.

“Several policemen were dirtied by “cacatov”. In addition to that, the showers at the police station were not working and they had to be showered with cold water. Never, they said, have they been so humiliated”, La Plume Libre said on Twitter.

Large-scale demonstrations erupted in France on 17 November in the wake of a government decision to raise fuel prices and increase fuel taxes. Even though the French authorities later scrapped their plans, the yellow vests protesters, dissatisfied with the government’s social policies, continued to rally across the country.