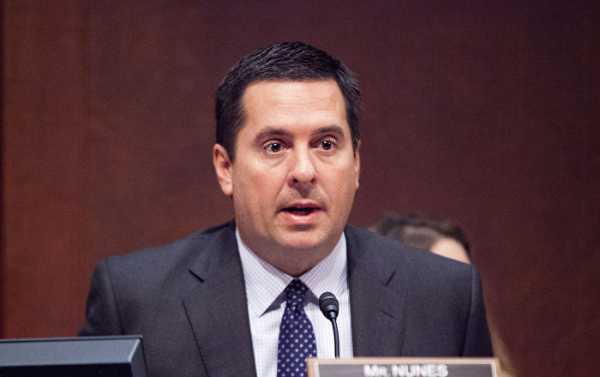 US President Donald Trump was taped on Tuesday saying that he would “100 percent’ release the controversial memo detailing purported surveillance abuses undertaken by the FBI. Earlier that day, the White House stated that there were “no current plans to release the memo, compiled by House Intelligence Chair Devin Nunes (R-CA).

Brian Becker and John Kiriakou, hosts of Radio Sputnik’s Loud & Clear, asked guest Coleen Rowley to take a stab at the memo’s contents and future. Rowley is an FBI agent-turned-whistleblower who gained her greatest fame for accusing the FBI of mishandling intelligence chatter that could have potentially prevented the 9/11 terrorist attacks.

​”I think Trump will release it,” said Rowley. “He’s just making it seem more important than it is by delaying a little, and certainly he didn’t want to release it last night to interfere with the coverage of the State of the Union. The other thing with with the releasing is, you don’t want to release it on a Friday afternoon, when it gets little or no play over the weekend. So either he has to release it probably tomorrow at the latest. If he doesn’t release it tomorrow, then it would have to be the next week.”

“I think it will be released. [Republican Senator from South Carolina] Lindsey Graham was almost the first person to describe what is in the memo, he described it quite a while ago, and since that time, others have all been talking about it. That’s a reason to question why the FBI claims that it’s going to hurt national security when they’ve already really described what’s in the memo already. It probably shouldn’t be that exciting for most people, because we already know what’s in it.”

“I think the bulk of it, from what I’ve read and what people have said, is that it’s the seeking of the FISA warrant in the late summer or fall on [Trump campaign foreign policy adviser] Carter Page and maybe others in the Trump campaign, calling them Russian spies. The FISA warrant probably uses at least a main part of the probable cause relying on the Chris Steele British spy dossier that he wrote as opposition research for Hillary Clinton, but not disclosing the specifics of that dossier — for instance, that it was opposition research paid for by the other campaign.”

“Unfortunately it seems doubtful that the FBI or any of the other intelligence agencies vetted that dossier very well. Maybe they confirmed one [visit] or something, but I don’t think they actually did a very good job of investigating to see if it was true. If they just presented that to the FISA judge without really giving the context, pretending that it’s all true, that is probably what Lindsey Graham and some of the others were saying really shocked them.”

“You go back to your ordinary person who probably doesn’t understand much of this process, and maybe it won’t be very shocking — especially to Democrats, who have this partisan thinking in their head where they they don’t care about this kind of thing. It is kind of complicated, but I think that’s what most of this four page Nunes memo involves: the seeking of the FISA warrant and its reliance on that specious dossier constructed for opposition research.”

Kiriakou pointed out that one does not need to be a Trump supporter to also want law enforcement and intelligence agencies to be held accountable for alleged abuses of power, even when those abuses were levied at Trump. However, he said, most Democrats don’t have seem to have processed that and oppose the memo being released simply because Trump supports it.

“The partisanship is really part of the problem,” Rowley agreed. “We can criticize all the parties involved. Both Hillary Clinton’s and Trump’s campaigns were under investigation in the weeks before this 2016 presidential election. That’s an unprecedented situation. Nobody mentions how unprecedented it was to have both campaigns under investigation by the highest-level law enforcement agency in the country, talk about embarrassing from an international standpoint. But you know why no one mentions that? Because of the partisanship. They take sides immediately and they don’t even see the overall picture, which is that not only are all of these private figures in the campaigns under investigation, but also now the FBI and DOJ officials themselves are under investigation.”

“That makes it more unprecedented. It’s like touching it with a pole makes you dirty yourself, you don’t even want to touch something like this because of how dangerous it is.”