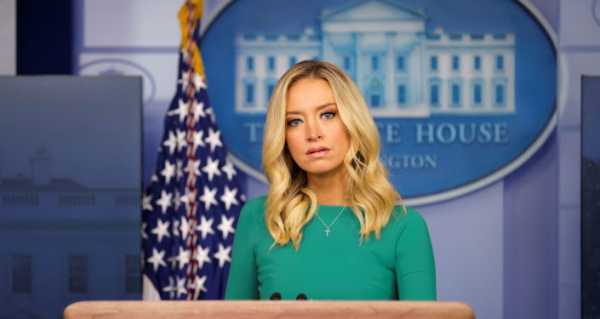 Before Joe Biden can officially take over the Oval Office, his transition team needs to receive the approval of the General Service Administration (GSA), and an Electoral College vote scheduled for 14 December that will affirm his projected victory in the presidential election.

The current White House press secretary, Kayleigh McEnany, said on Friday that the GSA will certify Joe Biden’s projected win “at the right moment”, while noting that Trump’s 2016 transition was “inexcusable”.

She recalled the 2016 transition period, claiming that at the time there were “no calls for unity” as many Democrats refused to attend Trump’s inauguration and “sought to deny his victory”. The press secretary brought up “baseless allegations” that Russia meddled in the 2016 election in order to get Trump elected.

In 2016, however, a newly-elected Trump thanked outgoing US President Barack Obama and his wife, Michelle, for “gracious aid throughout this transition”, and describing them as “magnificent”.

Today, however, it is Trump who does not seem to be in a hurry to give up the Oval Office, as he continues to vehemently deny the projected results of the presidential election rolled out by US mainstream media calling the victory for Joe Biden. The Trump campaign has made claims of massive election fraud and has filed multiple lawsuits in several key battleground states that sought to block vote certifications.

Biden remarked that his team has not ruled out the possibility of taking legal action against the Trump administration over the delays in the transition and has called Trump’s refusal to concede “embarassing”.

Without waiting for the official results of the US election to arrive in December after the Electoral College casts its vote, Biden has begun to assemble his administration.