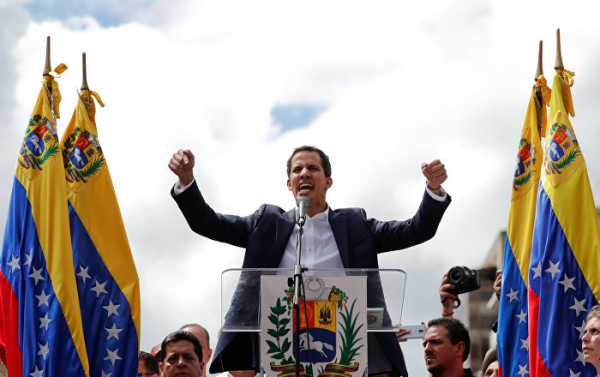 Col. Jose Luis Silva, a military attaché at the Venezuelan Embassy in Washington, told the US Spanish-language daily newspaper El Nuevo Herald on Saturday that he did not recognize Nicolas Maduro as the Venezuelan president.

“As the Venezuelan defense attache in the United States, I do not recognize Mr. Nicolas Maduro as president of Venezuela… My message to all armed forces members, to everyone who carries a gun, is to please let’s not attack the people. We are also part of the people, and we’ve had enough of supporting a government that has betrayed the most basic principles and sold itself to other countries,” Silva said.

The attaché also called on other armed forces members to recognize Guaido as the nation’s legitimate president.

The situation in Venezuela escalated on Tuesday, when the opposition-controlled National Assembly declared that Maduro had usurped power. Guaido proclaimed himself interim president on the following day.

The United States, alongside a handful other nations, recognized Guaido, after which Maduro called the opposition leader a US puppet and accused the US of organizing a coup in Venezuela. The Venezuelan president also ceased diplomatic relations with Washington DC and gave US diplomats 72 hours to leave the country.