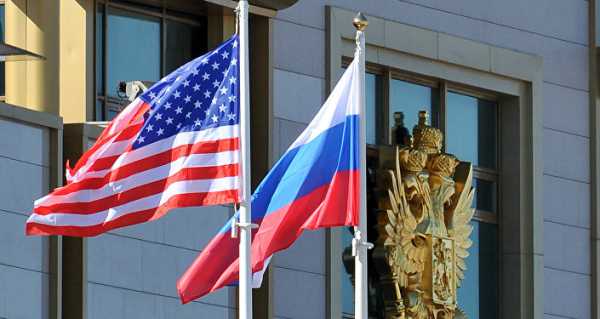 MOSCOW (Sputnik) – US-Russian cooperation continues in regional areas away from the capitals, where bilateral ties between the two countries are not yet spoiled, Russian Ambassador to the United States Anatoly Antonov said on the eve of the Fort Ross forum, which will hold its next session online starting Monday.

“For many years, two major forums have successfully facilitated communication between regions. The first initiative is Dialogue Fort Ross, which will hold its next session online from November 30 to December 4. The second platform is the Russian-American Pacific Partnership, which plans to convene its next meeting in 2021, Antonov said in his article for the San Francisco Examiner, “Connected Across Two Oceans: Potential of Cooperation Between Russian and U.S. Regions,” released on the Russian Embassy Facebook page.

According to the Russian ambassador, there are between 3.5 and 5 million Russian speakers in the US.

The ambassador pointed out that businesses from the US come to Russia’s Siberia and the Far East.

“Many U.S. companies choose to do business outside Moscow and the Moscow region. The footprint of American enterprises can be seen in the Ural –in the Sverdlovsk and Tyumen regions, above all. Yet another illustration of that was the virtual Texas-Ural conversation held this summer with the participation of entrepreneurs and local authorities. The topic of the discussion was the prospects for expanding business cooperation,” Antonov said.

The ambassador added that Russian business is also building up its presence in the US, with Russian metallurgic factories operating in Indiana, Kentucky and Pennsylvania.

“Our oil and gas and oilfield service companies are represented in Texas and New York,” Antonov said.

There is also Russian-US education cooperation and student exchange programs, including the Stanford US-Russia Forum.

The Russian ambassador also pointed out that there are 77 pairs of Russian and US sister cities that have the potential to revive close ties.

The Russian ambassador said that there is a lot of room for improvement in terms of regional Russia-US cooperation, but the fact that local social, economic and humanitarian ties exist despite the generally unfavorable climate of bilateral relations is already encouraging.