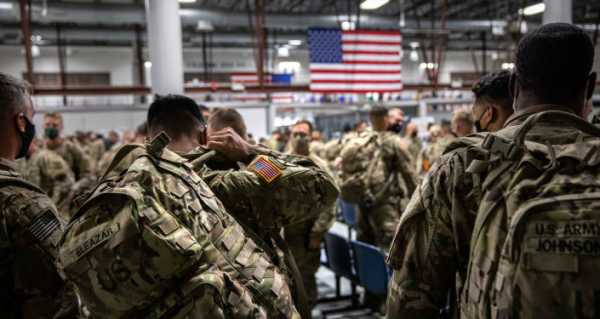 WASHINGTON (Sputnik) –  The US military must learn from its past mishandling of sensitive information and records in order to improve their practices during the ongoing withdrawal from Afghanistan, the Defense Department’s Office of the Inspector General (DoD OIG) said in a report published Thursday.

The report mentioned the need to make sure that laptops, cell phones, and other equipment that may contain the private medical information of soldiers are properly cleared of any sensitive material. A 2014 DoD OIG audit of the Kandahar airfield in Afghanistan found that troops failed to clear the hard drives of equipment they were giving to the redistribution team, which the DoD OIG said risks the compromise and theft of sensitive information.

They also said that previous joint reports with Government Accountability Office have documented the loss of “hundreds of millions of dollars worth of equipment” due to poor recordkeeping and maintenance.

The report ended by saying that the mistakes compiled within it can serve as a “reference” for personnel overseeing the retention of the records both during the ongoing Afghan withdrawal and future operations.

While the US initially planned to be fully withdrawn from Afghanistan by the end of August, a Taliban advance through much of the country’s provincial areas has prompted the Biden administration to redeploy several thousand troops to Kabul in order to aid with the protection of Afghan Special Immigrant Visa (SIV) applicants and the US diplomatic mission.