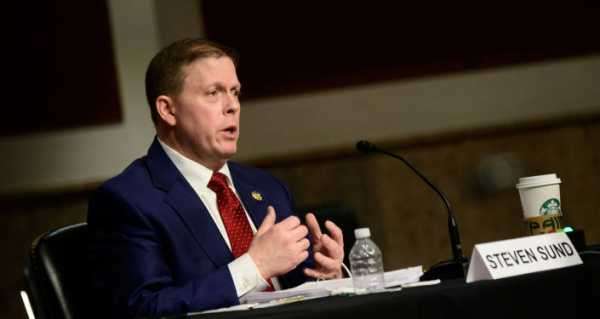 Despite his far-reaching testimony about the police force’s response to the January 6 insurrection, Steven Sund, the since-resigned chief of US Capitol Police (USCP), questions remain about the extent to which his own officers cooperated with the crowd in breaching the legislature.

Sund, who was chief during the January 6 insurrection by supporters of then-US President Donald Trump, told Congress during a public hearing on Tuesday that he never received a key FBI intelligence report about the violent intentions of members of the crowd.

Sund said he only learned after the attack that the FBI’s field office in Norfolk, Virginia, had predicted the crowd of Trump supporters would commit “war” during their huge rally in Washington, DC, on January 6.

Prior to the riot, thousands of participants had attended a rally in front of the White House hosted by Trump that aimed to “Stop the Steal,” furthering Trump’s claims that his loss in the November 2020 presidential election was due to fraud.

At the rally, Trump urged his followers to march to the Capitol and “fight like hell,” promising he would join them in convincing Congress to halt its certification of the election results, a process already underway. While Trump didn’t accompany them, some 8,000 people quickly descended on the Capitol and overwhelmed parts of the police line.

Police release tear gas into a crowd of pro-Trump protesters during clashes at a rally to contest the certification of the 2020 U.S. presidential election results by the U.S. Congress, at the U.S. Capitol Building in Washington, U.S, January 6, 2021.

Indeed, among those who stormed the legislature were many radical elements, including neo-Nazis, “Three Percenter” and “Oath Keeper” militia members, as well as former and currently serving members of the US military, who were seen deploying military tactics such as the “Ranger file,” a technique used by US Special Forces as they prepare to breach a building, along with other militant tactics.

Sund also sought help from the National Guard a total of six times before and after the insurrection. However, he told lawmakers Tuesday that in the days prior, then-House Sergeant-at-Arms Paul Irving was concerned about the “optics” of soldiers outside the Capitol and referred him to then-Senate Sergeant at Arms Michael Stenger, who similarly refused the request. However, Stenger advised Irving to seek information about how quickly guardsmen could be deployed if requested. Both figures denied Sund had made the requests during their Tuesday testimony; they have both since resigned.

The reason for this, Pentagon officials told the Post, was again a question of optics. One Trump appointee at the Pentagon told the paper the military had “learned its lesson” from the disastrous way the June 2020 Black Lives Matter protests were crushed by the guard and would be “absolutely nowhere near the Capitol building” because “we don’t want to send the wrong message.”

Sund’s written testimony did not cover a vital aspect of the insurrection, which the corporate media has likewise been wont to ignore in its framing of the event: potential collusion between Capitol Police officers and the rioters.

A screenshot from a livestream inside the US Capitol building seeming to show a pro-Trump protester taking a selfie with a US Capitol Police officer after protesters forced their way into the building on January 6, 2021

One scene shows a man snapping a selfie with an officer; another shows officers pulling away barricades as the crowds rush past them; a third shows the narrow doors on the West Terrace being thrown open as officers stand aside, limply telling the rioters they aren’t supposed to enter the building.

However, at other points along the line, USCP officers and those from the DC Metropolitan Police Department who joined them engaged in physical combat with the rioters before deploying both pepper spray and tear gas in order to clear the area.

In addition to the USCP officer who died, four of the rioters also died in the attack, including one woman, 35-year-old Air Force veteran Ashli Babbitt, who was shot and killed by a USCP officer as she attempted to force the Senate chamber doors open. At least two USCP officers have also died by suicide since the insurrection.