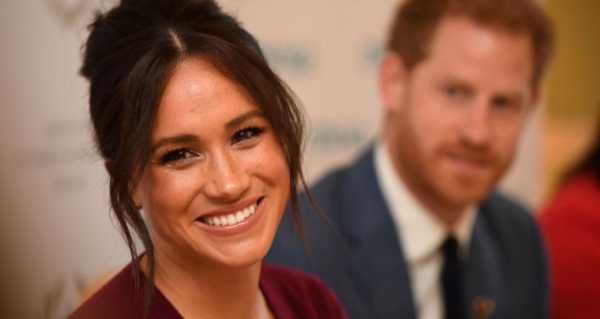 McCoy also mockingly branded Harry and Meghan as “the Duke and Duchess of Montecito,” apparently referring to their current residence in California.

British journalist and GB News host Simon McCoy ended up laughing on air in the face of a statement issued by Prince Harry and Meghan Markle regarding the current situation in Afghanistan – while he was presenting the “Great British Breakfast” programme on Wednesday.

As his co-host Kirsty Gallacher explained that the Duke and Duchess of Sussex “have broken their silence to say they are speechless about the situation in Afghanistan,” McCoy started giggling.

As The Daily Mail points out, McCoy also mocked Harry and Meghan while talking with royal biographer Angela Levin, with whom he and Gallacher discussed the Sussexes’ statement.

In response, Levin mentioned how she wrote Harry’s biography a few years ago and how the prince “talked endlessly about Afghanistan and how he had to fight to get there and the front line.”

The royal couple’s statement, which also mentioned the “growing humanitarian disaster in Haiti,” has also earned them criticism on social media, where it’s been branded “a publicity seeking word salad.”