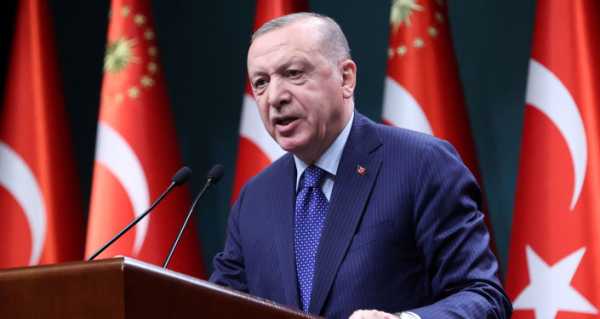 “I wish success to the new government of Armenia. Our region needs a constructive approach. Even if there are disagreements, neighborly relations should be developed on the basis of respect of territorial integrity and sovereignty. Therefore, we can gradually normalize the relations with Armenia, whose new government has stated its readiness to move in this direction,” Erdogan told reporters, as quoted by Turkish broadcaster NTV.

Lasting peace is a prerequisite of regional economic development and cooperation, the Turkish president said, adding that allied Azerbaijan agrees and, therefore, has proposed to start comprehensive peace negotiations with Armenia.

An ultimate benefit of the regional rapprochement will be the overhaul of transport networks, including railroads, he said. Erdogan said he has already “discussed and reached an agreement” on these issues with Russian President Vladimir Putin and Azerbaijani President Ilham Aliyev and plans to discuss them with Iran’s new president, Ebrahim Raisi.

On Friday, Armenian Prime Minister Nikol Pashinyan said he saw “positive signals” from Turkey in the context of regional peace.

Relations between Turkey and Armenia have been strained over the 1915 killing of more than 1.5 million Armenians by the Ottoman authorities. The events are recognized as a genocide by the governments and parliaments of over 30 countries, most recently the United States. Turkey has recognized that the massacre took place but refused to call it a genocide.

The strife escalated last fall after Turkey extended its support to Azerbaijan during the armed hostilities in the Armenian-populated Nagorno-Karabakh. A ceasefire declaration was brokered by Russia in November 2020 and Russian peacekeepers were deployed to the region to monitor the truce.