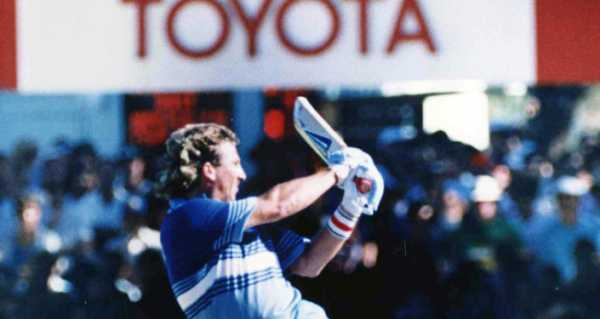 Lord Botham’s relationship with Australia dates back to the Seventies, when he played cricket there while helping his team England to compete for the prestigious Ashes. It was a series in which he was to take part at least five times over a 10-year period.

Former England cricket captain Ian Botham is headed back to Australia — not for the Ashes but as a trade envoy for post-Brexit Britain.

Trade Secretary Liz Truss boasted in a tweet that all-rounder Botham would “bat for British business down under” and maximise its opportunities under the “historic” trade deal she struck with her Australian counterpart Dan Tehan in June this year.

“Beefy” Botham’s appointment by Prime Minister Boris Johnson may allay fears of Britain’s livestock farmers over meat imports from down under, set to increase in the next few years under the deal.

​The Australian High Commissioner — as ambassadors from Commonwealth countries are called — to the UK, George Brandis, said his country looked forward to the 65-year-old cricketer’s return in his new role.

Nine other trade envoys were also named in the announcement.

​Former opposition Labour MP Baroness Kate Hoey was appointed representative to Ghana. Hoey, one of her party’s most outspoken Brexit supporters, was deselected by party members in her Vauxhall constituency before the 2019 general election that saw a landslide win for the Conservatives. John Woodcock, now Baron Walney, who defected from Labour to support the Tories in 2019, is the new envoy to  Tanzania