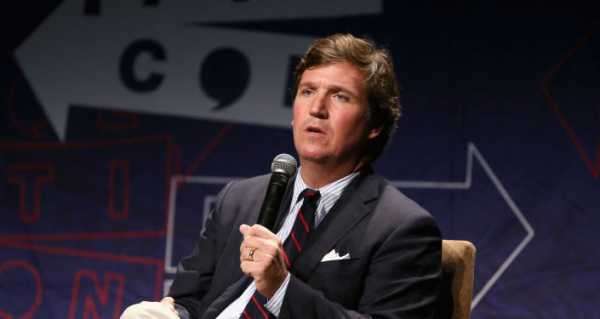 Major liberal media outlets which helped get Joe Biden elected and generally defended him against hardball policy questions have very publicly turned on the president this week in the aftermath of the unexpectedly rapid collapse of the Afghan government. Meanwhile, on Friday, Pentagon officials openly contradicted Biden’s statements twice.

Paleoconservative Fox News host Tucker Carlson has asked why pro-Democratic media and some of Biden’s own senior officials have so openly and publicly abandoned or contradicted the president over the chaos in Afghanistan.

In his Friday night broadcast, Carlson suggested that some of the criticism Biden’s facing is unusual and breaks a cardinal rule that’s typically a “ruthlessly enforced” policy in “any White House” not to allow the boss to be publicly diminished.

In a Friday press conference on the US military’s ongoing evacuation from Afghanistan, Biden declared that the US had been successful in ridding Afghanistan of al-Qaeda*, and dismissed reports of Americans being stopped from reaching Kabul’s airport to be evacuated, saying that the US and the Taliban had reached an agreement on their safety.

Just moments later, in separate briefings and press conferences, Secretary of Defence Lloyd Austin and Pentagon Spokesman John Kirby contradicted Biden on both claims, with Austin telling House lawmakers that some Americans have been harassed or beaten by Taliban* militants. Kirby, meanwhile, told reporters at the Pentagon that al-Qaeda* and Daesh (ISIS)* are present in Afghanistan, and complained that it’s difficult to determine just how many terrorists are in the country because “our intelligence-gathering ability in Afghanistan isn’t what it used to be” amid the ongoing withdrawal.

Also this week, liberal media outlets including CNN, ABC News, and MSNBC, which are traditionally pro-Biden, pro-Democratic Party networks, have attacked the president, encouraging him to own up to the US “failure” in Afghanistan and suggesting that the bungled Afghan withdrawal serves to “tarnish America’s image.”

“Seven months into his term, Biden no longer gets credit simply for not being Donald Trump,” CNN White House reporter Stephen Collinson said in one story slamming the POTUS.

The host suggested that the wave of criticism against Biden over Afghanistan was strange, because it was “hardly [the president’s] first disaster.”

Calling Biden “senile” but stressing that “any decent person feels sorry for” the president over his condition, Carlson said that there was “no joy in watching” the leader “gaze vacantly into the middle distance, or stumble like a drunk man trying to cross an icy street as he careens through his prepared remarks…It’s not Joe Biden’s fault he can’t think clearly. It’s an indictment of the people around him.”

The US and NATO-backed government of Afghanistan collapsed on Sunday, just over four months after the Biden administration announced that US forces would be withdrawing from the country, and a mere ten days after the Taliban captured the country’s first major city. According to Brown University, the US spent over $2 trillion on the war in Afghanistan over 19+ years, equivalent to more than $300 million a day, only to see the government and military it created over a generation disintegrate in months. The speed of the collapse has sparked an existential crisis within NATO and has prompted officials from some US allies and client states to express fears that the West had become “weaker globally” in the wake of the Afghan “humiliation.”

* Designated as terrorist groups in Russia and many other countries.