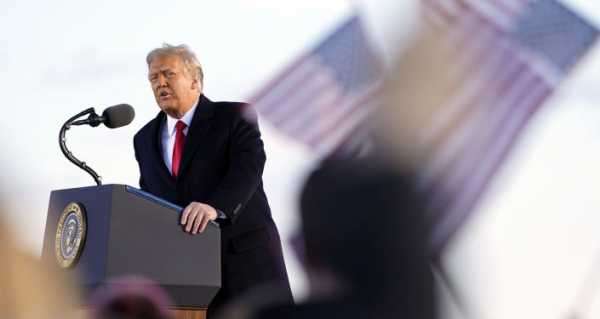 The ex-POTUS repeatedly floated allegations that the 2020 election was stolen from him, but despite refusing to concede, he allowed a transition of power to the Biden administration.

Former US President Donald Trump has expressed optimism that the Arizona ballot audit will find numerous irregularities and apparently lost “votes”, according to a speech purportedly caught on video at Mar-a-Lago on 28 April. Trump was also heard suggesting that success in Arizona might trigger more audits in other states where he or the GOP lost elections last year.

The ex-POTUS backed up his allegations by reiterating the claim that the 2020 vote was a “rigged election”, even though his campaign’s lawyers failed to prove it in courts. Despite refusing to concede defeat by 20 January (and afterwards), Trump allowed a smooth transition of power to the official winner in the election – Democrat Joe Biden.

This is not the first time Trump has expressed support for the initiative of Arizona Senate Republicans to conduct a comprehensive audit of the more than two million ballots cast in the state in the 2020 election. The audit includes checks of all the equipment involved in the procedure, a recount of ballots, and even interviews with voters.

The Democrats, however, have strongly opposed the initiative and have (unsuccessfully so far) been challenging its legitimacy in court. A court refused to halt the audit unless the Democrats pay $1 million to cover possible costs from the delay. The party refused to pay the bond. But at the same time, their lawsuit has not been fully defeated either, as Maricopa Country Superior Judge Daniel Martin still questions the possibility of preserving voters’ right to secrecy and confidentiality of information during the audit.

Trump, in turn, has alleged in the past that the only reason the Democrats oppose the recount in Arizona, where the ex-POTUS lost by a 0.3% margin, is because they purportedly know that the election was “rigged”.

The ex-POTUS further claimed that the Democrats also understand that if Arizona’s election results are reversed, then other states like Wisconsin, Michigan, Georgia, New Hampshire, and Pennsylvania might follow.