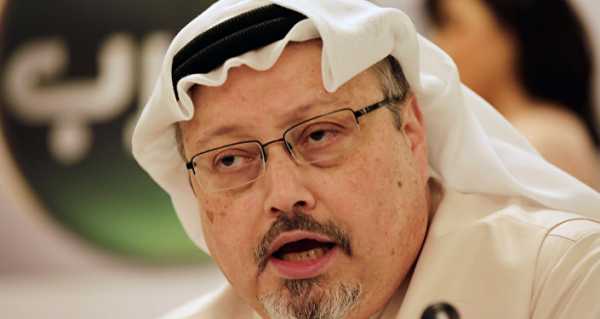 The intelligence report released by the Office of the Director of National Intelligence (ODNI) concerning the 2018 killing of journalist Jamal Khashoggi claims that it was Saudi Crown Prince Mohammed bin Salman who approved the assassination.

The ODNI report on Khashoggi killing has been re-published, with its second version altered to exclude three names of men that were initially said to be involved in the operation, CNN reported on Sunday, citing ODNI officials.

According to the report, the change was conducted practically unnoticed. CNN provides two links to the report: the first one, said to be initial, is not working, while the report can be accessed via the second one.

The anonymous spokesperson refused to clarify why the names were included in the list originally.

CNN quoted a senior administration official as saying on Friday, before the change was noticed, that “this [is] information that has been known to the US government and briefed to select committees and members of Congress over one year ago.”

The House Intelligence Committee reportedly said that the inconsistency between the two versions of the report had been noticed on the Capitol Hill and ODNI was asked to clarify the reasons.

What Names Are Said to Be Removed?

The first name is Abdulla Mohammed Alhoeriny, who, according to CNN’s sources familiar with Saudi intelligence, is the brother of General Abdulaziz bin Mohammed al-Howraini – a person in charge of the Presidency of State Security. CNN noted that Alhoeriny was described in the ODNI report as an assistant chief of state security for counterterrorism.

Another name that has allegedly disappeared from the report is Yasir Khalid Alsalem and the third is Ibrahim al-Salim. The network outlined that it did not know who they are.

CNN also pointed at the letters “v2” in the name of the document published by ODNI, saying that it is “clearly indicating it’s the second version.”

According to the ODNI findings declassified earlier in the week, it was Saudi Crown Prince Mohammed bin Salman who approved the assassination of Saudi-born Washington Post columnist Jamal Khashoggi.

While the US sanctioned a handful of Saudi nationals in regard with the assassination, the crown prince has not been penalized by Washington.

The conclusions were blasted by Riyadh as “abusive and incorrect”, with the Saudi Foreign Ministry dubbing the killing a “heinous crime” and claiming that those responsible for it were brought to justice.

The journalist went missing in October 2018, with Riyadh later admitting that he was killed inside the Saudi consulate in Istanbul.

Following an investigation initiated by Saudi Arabia, a Saudi court issued eight sentences in regard with the killing, and the ruling was welcomed by the members of Khashoggi’s family.