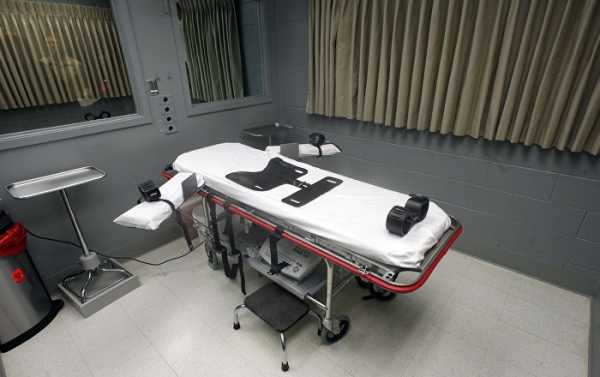 A 70-year-old man convicted of murdering his estranged wife’s parents and brother in 1989 was executed in Texas on Thursday evening, Reuters reported.

According to AP, Billie Wayne Coble received Thursday lethal injection at the state penitentiary in Huntsville for the August 1989 shooting deaths of Robert and Zelda Vicha and their son, Bobby Vicha, at separate homes in Axtell, northeast of Waco.

According to media reports, Coble was the oldest inmate executed by Texas since the state resumed carrying out death penalties in 1982.

According to the US Death Penalty Information Center (DPIC), Cobie was sentenced to death in 1990 and resentenced in 2008 after his original sentence was overturned as a result of constitutionally deficient jury instructions. The US Supreme Court reportedly turned down Coble’s request earlier Thursday to delay his execution.

According to AP, Coble was the third inmate put to death this year in the US and the second in Texas, the nation’s busiest capital punishment state.

As Coble was finishing his statement, his son, a friend and a daughter-in-law became emotional and violent. They were yelling obscenities, throwing fists and kicking at others in the death chamber witness area, according to AP.

Officers stepped in and the witnesses reportedly continued to resist. They were moved to a courtyard and the two men were handcuffed.

More than 800 people have been executed in the United States in the past 15 years, according to the non-profit Death Penalty Information Center. Texas tops the list of US states carrying out death penalties, having executed 346 of 867 prisoners put to death from 2000 to 2017, according to a database compiled by the Death Penalty Information Center.