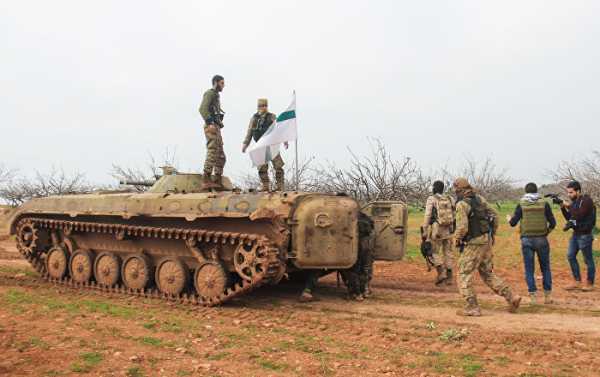 Tahrir al-Sham released a post on social media quoting a commander in charge of its air raids as saying one of its militants had hit Russian SU-25 during an “air raid” over the city of Saraqeb in the northwestern province of Idlib.

Earlier on in the day, Russian Defense Ministry said in a statement that dozens of terrorists were killed as a result of a powerful high precision strike targeting Syria’s province of Idlib where Russian SU-25 aircraft was downed.

Russian Su-25 attack aircraft was downed in the Syrian northwestern province of Idlib on Saturday.

“When patrolling the Idlib de-escalation zone, a Russian Su-25 aircraft crashed… According to the preliminary information, the jet was shot down from a man-portable air-defense system,” Russian Defense Ministry said in a statement, adding that the pilot was killed.

It is noted that the pilot reported that he managed to eject from his plane and landed in an area controlled by Jabhat al-Nusra terrorist group.

“The pilot was killed during a fight with terrorists,” the Russian ministry said.

A War in the Shadows: The Record of Iranian Nuclear Scientists Killed Over the Decade