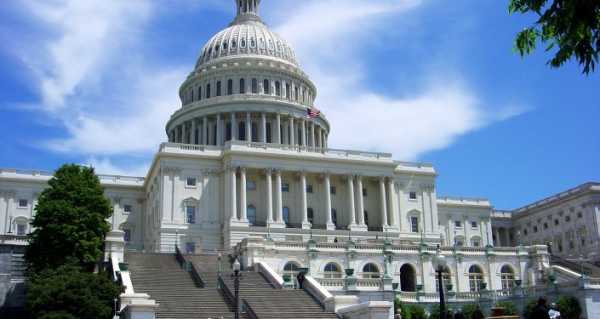 Earlier this week, former US President Donald Trump scolded Senate Republicans for cooperating with their Democratic counterparts on a hefty infrastructure package.

US Senators are expected to reconvene on Sunday, in a rare weekend session, where bipartisan negotiators are poised to finalise their $1.2 trillion infrastructure bill.

DC news outlet The Hill described the gathering as a “by-and-large sleepy session” which comes amid the Senate bipartisan group’s efforts to formally unveil the text of the infrastructure deal that is expected to see the light of day before the end of Sunday.

“I’m fully committed to passing a bipartisan infrastructure bill, and so the Senate will remain in session today so they can bring this to a conclusion,” Schumer said.

He pledged to hold votes on the document before the Senate leaves for a weeks-long summer break.

According to him, “senators from the bipartisan group continue to finalise the text of the agreement”.

GOP Senator Susan Collins has, meanwhile, told CNN that she believes more than 10 of her Republican colleagues may finally back the infrastructure package, while Democratic lawmaker Joe Manchin suggested in a separate interview with the news network that the final text of the bill may be available on Sunday.

The comments came a couple of days after ex-US President Donald Trump minced no words when berating Senate Republicans for collaborating with their Democratic counterparts on the infrastructure bill, also known as the Bipartisan Infrastructure Framework (BIF) deal.

The $1.2 trillion BIF deal includes some $40 billion on bridge repair and rehabilitation, while $17.5 billion will be invested in projects that are either too large or too complex for traditionally-funded programmes. Some $73 billion will be pumped into clean drinking water projects and $21 billion will go to environmental remediation in the country.