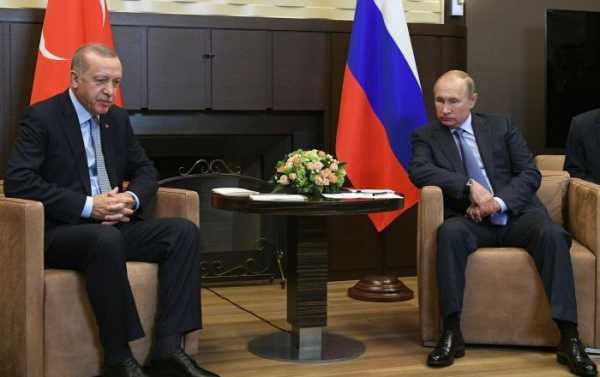 SOCHI (Sputnik) – Talks between Russian and Turkish presidents Vladimir Putin and Recep Tayyip Erdogan have been ongoing for over 5 hours at the Sochi residence of the Russian leader, it was reported on Tuesday.

Putin’s scheduled meeting with Erdogan in the Black Sea resort town of Sochi reflects the prospect of Russia and Syria working out a peace agreement while leaving the United States sidelined and marginalised, the Soufan Group said in a report.

Earlier in the day, Kremlin spokesman Dmitry Peskov told reporters the conversation between the two heads of state was expected to be thorough, difficult and long, as they had to discuss “many topics”, focusing on the situation in Syria.

The talks at the Black Sea resort are taking place hours before the ceasefire negotiated by the Turkish president and US Vice President Mike Pence is over. Both Turkey and the Kurds have accused each other of violating the truce.

Ankara launched its Operation Peace Spring in northern Syria on 9 October, which has triggered widespread criticism, with Germany haulting its arms sales to Turkey.