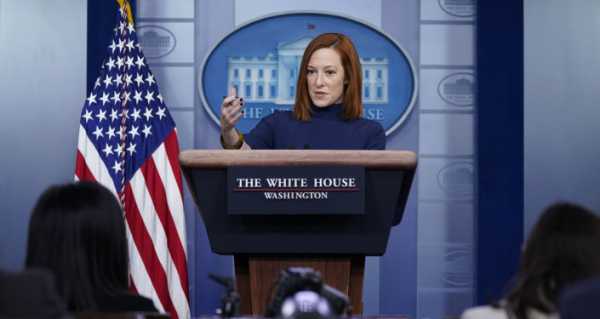 Before taking office, Joe Biden sent a clear signal that his immigration policies would significantly diverge from those of his predecessor. Some Republican lawmakers now believe that the stance his administration has adopted is a harbinger of a “humanitarian crisis” at the US border.

White House Press Secretary Jen Psaki faced some tough questions from reporters on Monday when she was asked about upcoming guidelines from the US Immigration and Customs Enforcement (ICE) agency that would potentially relieve illegal immigrants driving drunk or doing other “less serious offences” of fears of being deported.

The reported change of rules was first revealed by The Washington Post, which noted that the plans had not been finalised yet, but “interim instructions” sent out to senior immigration officials point out that undocumented immigrants could no longer be deported for lesser crimes such as DUI (driving under the influence), money laundering, simple assault, some drug-related offences, fraud, and others. National security threats will thus be the main focus of immigration agents, the outlet added.

During the briefing, Press Secretary Psaki was asked about how these changes could be in the interest of public safety.

“Nobody is saying that DUIs or assault are acceptable behaviour, and those arrested for such activities should be tried and sentenced as appropriate by local law enforcement. But we’re talking about the prioritisation of who is going to be deported from the country”, she added.

The press secretary said that in the end, it was up to the Department of Homeland Security to decide who they choose to deport.

Biden’s Plans For Immigration Under Scrutiny

A number of initial immigration-related orders Joe Biden has signed as president have signalled to his liberal supporters that POTUS is willing to go far beyond simply reversing the policies of the previous administration. The president’s calls to review asylum laws and the naturalisation process in the US set a much broader agenda even compared to the one adopted by Trump’s predecessor, Barack Obama, observers noted.

Biden has also sent a large immigration bill to Congress that details a plan for how to allow nearly 11 million immigrants to get US citizenship.

The initiatives have left those advocating for the unrestrained movement of people cheering, but some critics are terrified.

Republican Representative from Kentucky James Comer maintained that “through these actions, President Biden has sent the message loud and clear to the world that our immigration laws can be violated without consequence”.

But some of Biden’s ambitious initiatives have already met obstacles.

Biden’s order imposing a 100-day moratorium on a majority of deportations from the US – something he promised to implement during his election campaign – was blocked by Texas District Judge Drew Tipton.

According to Texas Attorney General Ken Paxton, who filed a lawsuit against the short-lived measure, the moratorium was a violation of federal law and an agreement the DHS has with the state of Texas.