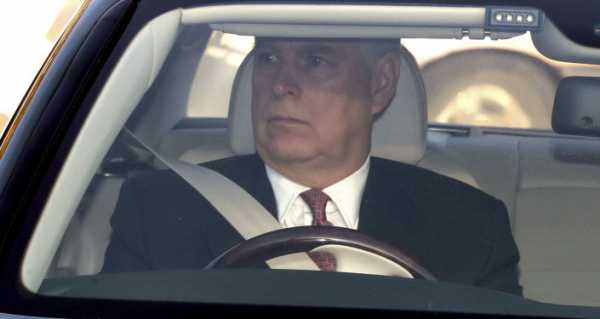 The Duke of York was earlier accused by US federal prosecutors of failing to cooperate with an investigation into the alleged sex crimes of late financier Jeffrey Epstein. The British Queen’s son, however, maintained through his lawyers that he had reached out to FBI agents on several occasions to shed light on his former friend’s activities.

Photographs of Prince Andrew casually horse riding at Windsor Castle, where his mother the Queen and his dad Prince Philip are currently staying, came under a close scrutiny of British tabloids just a few days after the lawyer for Epstein’s accusers slammed the royal for insufficient cooperation with an FBI probe.

The Duke of York has not been a common figure in public since departing from his royal duties last November following the backlash he faced after trying to justify his friendship with convicted sex offender Epstein during a bombshell BBC interview. During the aired talk with Newsnight’s Emily Maitlis, the prince strongly rejected accusations made by Virginia Roberts Giuffre that she had been forced to have sex with the royal on at least three occasions while she was still underage. However, some of the arguments the Queen’s son used to dismiss Giuffre’s claims failed to convince the public.

One royal source has recently suggested that Prince Andrew was “unlikely” to ever return to his official duties, as he had also missed the Remembrance Sunday service at the Cenotaph this year. The royal’s horse rides have thus become one of the few rare occasions he can be spotted in public by curious minds while the probe into Epstein’s associates continues.

According to reports citing the FBI investigation, Prince Andrew has either met or had contact with “at least six” of the financier’s “friends” who had enabled his purported abuse of minors. The duke’s lawyers maintain that the royal had previously contacted the agents on three occasions to help with the probe, something the authorities could not confirm.

US Attorney for the Southern District of New York Geoffrey Berman even accused the duke of seeking “to falsely portray himself to the public as eager and willing to cooperate with an ongoing federal investigation into sex trafficking” of Epstein.

Last week, Lisa Bloom, who represents several of the financier’s alleged victims, said that it was “outrageous” that “it’s been a year since Prince Andrew publicly promised to co-operate with law enforcement investigating all those who enabled Jeffrey Epstein’s sexual assaults on hundreds of women and girls”.

Bloom called on Prince Andrew to “tell what he knows” and submit to an interview with the FBI, who are currently probing Epstein’s close circle of friends, including his ex-girlfriend Ghislaine Maxwell, who is accused of helping her former beaux with grooming young girls for further abuse by the billionaire. She is currently awaiting trial in a Brooklyn federal jail.

Jeffrey Epstein died in his prison cell in August 2019 while awaiting trial amid sex trafficking accusations. Medical experts ruled his death a suicide.