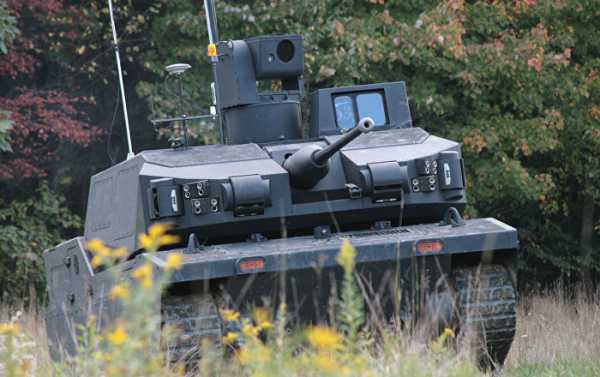 The US military plans to test a robotic combat vehicle prototype within three years as part efforts to integrate more unmanned systems with manned systems.

The US Air Force as well as clandestine services like the Central Intelligence Agency have operated unmanned aerial vehicles for years. The US Army is now slowly moving to incorporate robotic systems into its arsenal.

“The Army has realized that robotics is going to be critical for our success in the future,” Col. William Nuckols told Military.com February 1.

The path forward presents challenges. Pointing to difficulties with self-driving cars that still require human intervention on occasion, the colonel said “that is not easy [to make successful], and that is in a fairly pristine environment with well-defined roads.”

“When you take it to that step of combat, which is probably that most chaotic thing that mankind does, that is a whole new ballgame… especially when you are talking about blowing things up and killing people. You have to be very careful,” he noted.

The challenges of building an off-road killing vehicle aside, the service has to create totally different designs than existing combat vehicles like the Abrams Main Battle Tank.

The Abrams weighs about 80 tons, a colossal weight partially demanded by the armor it provides to mitigate damage to the troops operating it. But if the robotic vehicle doesn’t have anyone inside and is being controlled remotely, “you could have the same capability on a 25-ton vehicle and potentially have the same lethality as an Abrams,” says Nuckols.

The vehicle might have a 120 mm cannon, “and that could be the decisive lethal component. It could also be a much smaller, lighter vehicle that simply is tasked with finding the enemy and then decisive lethality is delivered by some other means. And it could be both.”