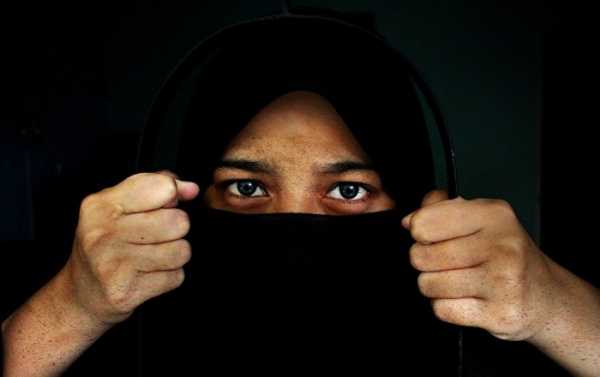 Aisha Shezadi from Bærum took her son to Syria when she joined Daesh*. Now, her father, a former convict, is demanding that the Norwegian authorities bring her home, claiming that she was remorseful. His plea, which was published by the national broadcaster NRK, made Norwegians see red.

Norwegian broadcaster NRK has sparked massive outrage by publishing a demand by a father whose daughter spent several years with the notorious terrorist group Daesh, to return her back to Norway.

Aisha Shezadi from the town of Bærum became first known in Norway in 2011, when she started to actively promote the use of the comprehensive Muslim veil, the niqab, by appearing on TV and touring Norwegian schools.

In August 2014, she travelled to Syria to join Daesh. Today, she and her son live in a detention camp for “Daesh brides” in northern Syria. In a letter delivered to the Foreign Ministry, Shezadi expressed a wish to return to Norway and rejected having done anything criminal. As of today, she is under investigation by the Norwegian Police Security Service (PST) for being part of a terrorist organisation.

In an anonymous interview with NRK, Shezadi’s father, who in 2015 was convicted of domestic violence against his former spouse and children, suggested that Norway has a responsibility to bring home his daughter.

“I believe Norwegian authorities have a responsibility to get Aisha back to Norway. She has been misled. After all, they have spent several million on other cases where Norwegian citizens have been in trouble abroad,” he told NRK, referring to security contractor Joshua French, who returned to Norway after spending 8 years in a Congolese prison after being convicted of espionage and attempted murder.

The father also stressed that Shezadi and her child remain Norwegian citizens and claimed that she has since regretted her decision to join Daesh. At present it remains unknown whether Pakistan will agree to take her in, if Norway says no. Despite having Pakistani roots, Shezai doesn’t have any formal affiliation with the country.

Subsequently, Norwegians took to NRK’s Facebook page to voice their indignation over the broadcaster “romanticising the terrorists” and running “sob stories”.

Many found the comparison between Joshua French, a mercenary, and Aisha Shezadi, a “terrorist bride”, rude and inaccurate.

“Why should we be helping criminal foreigners who hate everything we stand for, our way of life and our country to come here to become both a burden and a threat to us?” user Harald Solberg inquired.

“It is absolutely amazing how they manage to downplay war criminals and present them as harmless! These [Daesh] terrorists who knowingly and wilfully travelled to Syria and who have committed the most horrific crimes are now victims and must now return to Norway and receive help. Well, we’re going to face some depressing years, with so many politicians missing both backbone and common sense!” Frode Petersen mused.

“By swearing allegiance to the Islamic state, one is to be regarded as a citizen of Daesh, thereby losing their Norwegian citizenship. These people should be counted as stateless, the way I see it,” Vahid Azarirad wrote.

“Absolutely no. Rather help the poor in Norway. They chose to travel themselves, so they can only stay there. What goes around comes around. What about the security of Norwegian citizens?” Eva Margaret Wiik wondered.

A user went so far as to call NRK “a danger to Norway” and “a mouthpiece for Islamists”. Another urged “NRK the socialist channel” to stop praising war criminals.

All in all, the interview sparked hundreds of indignant comments.

Meanwhile, personal stories of “repentant” terrorists have also emerged in neighbouring Sweden. Among others, national broadcaster SVT ran a story called “Why not take us back?” about several Swedish citizens currently detained by Kurdish forces.

SVT was widely criticised for paraphrasing “jihadists” in all possible ways, including “foreign fighters”, “IS warriors” and, lastly, “IS Swedes”.

“Those who have been furthest in the conflict zone are among the most ideologically persuaded, they have a low threshold for violence and are in the most dangerous category,” Ranstorp warned NRK, stressing their role as recruiters and brainwashers.

Norway’s Police Security Service (PST) estimated that around 30 jihadists and about 40 children with Norwegian citizenship are currently outside of the country’s borders. According to the Foreign Ministry, however, bringing home the jihadists, their wives, widows or offspring is not being considered.

Around 100 of Sweden’s 300 jihadists, who had left for Syria and Iraq, are estimated to remain in the Middle East.