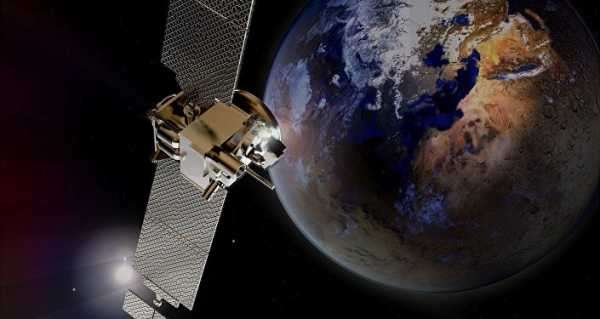 MOSCOW (Sputnik) – A communications satellite of the United Kingdom’s company OneWeb dodged a potential collision with a satellite from SpaceX’s Starlink constellation, after the two came dangerously close to each other in orbit last week, The Verge reported.

According to the technology news website, on 30 March, five days after another batch of 36 OneWeb satellites were launched from Russia’s Vostochny spaceport, the company was alerted by the US Space Force’s 18th Space Control Squadron about a possible collision with a Starlink satellite. According to the alert, a collision probability totaled 1.3 percent, with the two satellites coming as close as 190 feet.

Following the warning, OneWeb contacted SpaceX’s Starlink team to coordinate action. As a result, SpaceX turned off its automated artificial intelligence-powered collision avoidance system to allow OneWeb to perform a maneuver that put the satellites of the rival companies at a safer distance for one another.

The Space Force 18th Space Control Squadron has praised the event as “a good example of how satellite operators can be responsible given the constraints of global best practices,” as quoted by the outlet.