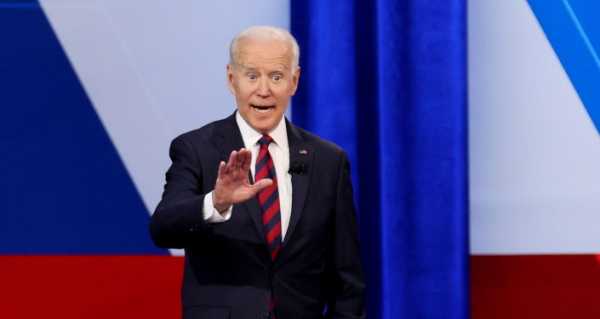 Ronny Jackson served as White House doctor under George W. Bush, Barack Obama and Donald Trump. He is among 14 Republican lawmakers, who wrote a letter to the incumbent president asking him to undergo a cognitive test.

The man, Ronny Jackson, predicted that the 78-year-old Democrat, who is the oldest president in the history of the United States, will resign before his term ends or face the 25th. The amendment is invoked when a president dies, resigns, or is deemed unfit for office. Ronny Jackson posted a snippet of his interview on Seann Hannity Show during which he voiced his concern about POTUS’ mental health.

Earlier this month Jackson called Biden’s behavior concerning, pointing to his forgetfulness and confusing answers. The lawmaker noted that gaffes, which the Democrat has long been famous for, is not a sign of mental decline, but rather the president’s disoriented behavior.

The lawmaker’s remark comes a day after Joe Biden, who has a stutter, repeatedly stumbled and struggled to answer questions during a town hall in Ohio.

In recent months critics of the president have drawn attention to several episodes when he forgot the name of his Defence Secretary or froze while answering questions, as well as to his bizarre behavior at a White House press conference.

14 Republicans wrote a letter to the Democrat calling on him to undergo a cognitive test.