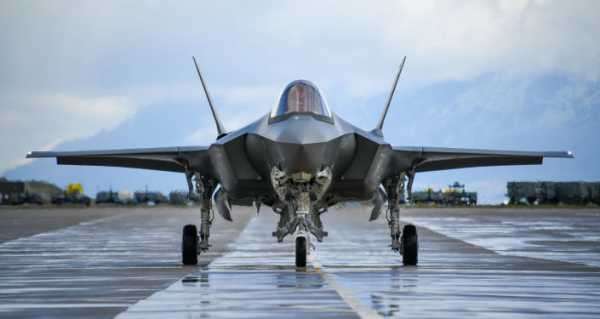 s Handed Over to Denmark />

While Danish Defence Minister Trine Bramsen called the procurement of the F-35s a “very important milestone”, the debate about the noise pollution from Denmark’s costly purchase has fired up anew amid private measurements and data from the Netherlands.

Denmark’s first F-35 has been handed over by the aerospace company Lockheed Martin in a roll-out ceremony in Fort Worth, Texas, signifying the first results of cooperation that started decades ago.

Denmark signed on to the F-35 fighter jet industrial cooperation agreement way back in 1997.

“Today is an important, significant day and a very important milestone – for Denmark, the Danish defence, and not least the strong Danish-US partnership. The F-35 is in a league of its own and will benefit Denmark for many years to come”, Defence Minister Trine Bramsen said at the ceremony.

“So it’s official. The Danish Armed Forces have entered a new league with the handover of the first of a total of 27 F-35 fighter jets. The Chief of Defence called it ‘a significant change for the entire Armed Forces'”, the Danish military tweeted.

​Dubbed L-001, the jet is one of 27 F-35s scheduled to be delivered to Denmark and upgrade its ageing fleet of F-16s. Remarkably, the first jet will not be heading to Denmark initially, but will be used to train Danish fighter pilots and personnel at Luke Air Force Base in Arizona.

Instead, the first group of F-35s are scheduled to arrive in Denmark in 2023, where they will be based at Skrydstrup Air Base.

Meanwhile, the debate about the noise pollution from Denmark’s new procurement has fired up anew amid private measurements and data from the Netherlands, Danish Radio reported. In the Netherlands, systematic noise measurements from 2020 revealed that the F-35s are in fact making more noise than had previously calculated and described.

Danish fears have been fuelled by local man Morten Andersen who has for more than half a year measured the noise levels from the old F-16s in his garden. His figures by far exceed the authorities’ calculations, which he called too optimistic, and “painting in bright colours”.

“They have to treat us properly, and they don’t. I don’t think this is fair. All of Denmark gets to benefit from fighter jets, but only a few locals pay the price”, he added.

The F-35s are both heavier and bulkier and were reported to emit more noise than their predecessors, which poses questions to the Danish military.

The price for the planes themselves runs up to around DKK 20 billion ($3.2 billion). The total lifetime costs for the F-35 programme are estimated to run up to DKK 57 billion ($9.1 billion), making it Denmark’s largest ever. It is expected that all the fighter jets will have arrived on Danish soil by 2026.