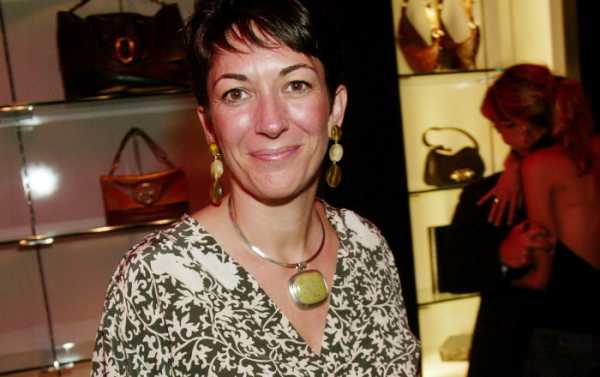 The elusive British socialite, who was detained in an FBI operation on 2 July, is to appear in a New York court on Tuesday to be formally charged with the “procurement” of underage girls for her billionaire pal and ex-boyfriend Jeffrey Epstein.

Jeffrey Epstein’s ex-partner and suspected associate has been defiant about accusations brought against her, with her friends cited by the Mail on Sunday claiming her portrayal as a “cartoon caricature of a villain” is absolutely wrong.

A year since Jeffrey Epstein’s death in a New York cell, ruled to be a suicide, the friend shared with the media outlet that it was not Maxwell who introduced Prince Andrew to the serial paedophile, adding that the socialite didn’t even visit him in prison after Epstein’s guilty plea to two child prostitution charges in 2008.

In fact, the pal noted, the men first met at a grand birthday party thrown by glamorous socialite Lynn Forester de Rothschild in 1999 for her British billionaire husband, Sir Evelyn de Rothschild, in the Hamptons, the luxury beach resort outside New York.

Separately, it appears her romance with Epstein ended in 2001 and that she did not see him in person after 2005, the year when the couple were photographed together at a party.

“Starting in late 2002, early 2003, she was dating Ted and she loved him deeply. Epstein kept trying to woo her back but she wasn’t interested”, the friend went on. However, Maxwell ostensibly continued to do some work for the convicted tycoon. “She hired Epstein’s pool guys, the IT guys. She managed his household”, the pal stated, admitting though they weren’t “that close” and that it was “a professional relationship”.

The daughter of the late billionaire media mogul Robert Maxwell will appear before a judge on Tuesday, via remote link from her New York jail cell, where she was transferred following her arrest at her £800,000 New Hampshire hideaway on 2 July.

Prosecutor Audrey Strauss blasted Maxwell for “playing a critical role in finding and grooming victims”, while a slew of Epstein’s alleged victims claim that she acted as his “madam” or “pimp”, regularly driving from his £20 million mansion in Palm Beach, Florida, to nearby trailer parks to “procure” vulnerable young girls for the paedophile. Maxwell faces six different charges, including personal participation in sexual abuse, which could put her behind bars for up to 35 years if proven guilty.

The socialite, who earlier rejected accusations of being involved in Epstein’s purported sex trafficking ring, will be formally charged during her upcoming appearance in court. She has in recent days opposed the US prosecutor’s request to keep her detained, demanding to be released on bail instead, a court filing shows.